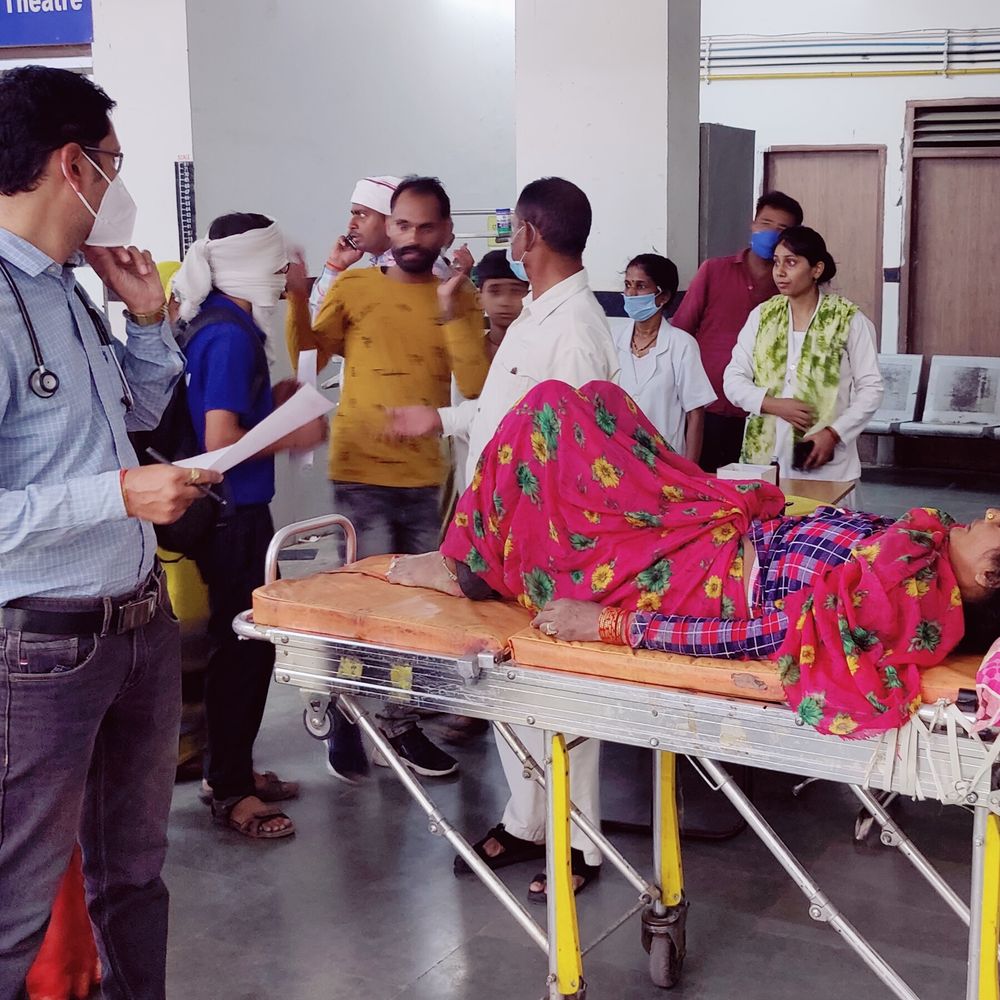 A case of a 50-year-old woman being buried in the newly constructed wall of the house in Chhatarpur had come to light. The family brought him to the district hospital in critical condition. Where the woman is undergoing treatment.

According to the information, the incident is of Byahta village of Ishanagar police station area of ​​Chhatarpur district. Where the construction work of Nandkishore Yadav’s house was going on. Then his wife Mankunwar Yadav, 50, standing on the side of the wall, stood. Then the newly constructed wall of about 7 to 8 feet fell on her, due to which she fainted after being buried in it. When the wall collapsed, the family members made a hurried effort of 15 minutes to get them out and brought them to the district hospital in critical condition.

The woman’s daughter-in-law, Keshkali Yadav, tells that she had fainted due to the fall of the wall. He has serious injuries at many places in his body. Those who were first taken to Ishanagar Hospital, from where they were referred to the District Hospital.

Ban situation will be more complicated in the state! This...

Theft fell down from the building. Man trying to commit...

Onion Price: In the hope of increasing the price, the farmer...

Bangalore Rain Havoc: If the rain falls in the Revenue Minister’s...

Oxygen cylinders to be found at 6,000 feet altitude, Amit Shah...

“DMK is like a big onion; There will be nothing...

Ban situation will be more complicated in the state! ...

Theft fell down from the building. Man trying to...

Onion Price: In the hope of increasing the price, the...

Bangalore Rain Havoc: If the rain falls in the Revenue...

Niranjan Reddy S: Do you know these things about ‘Acharya’...

Congress bharat jodo yatra rahul gandhi – What will be...

Chetana was not listening to us, Friends were important to...

Reaction of Rituparna Sengupta on Kharaj Mukherjee’s comment during exclusive...

Assam flood amit shah has assured help from the central...

Sunil Jakhar can make a comeback in active politics, BJP...