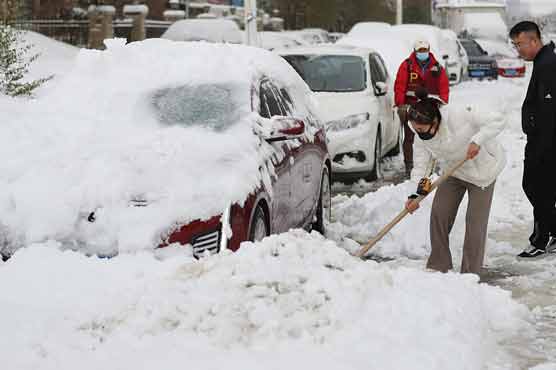 Beijing: (Web Desk) It is freezing cold in China’s Mohe city where the temperature was recorded as low as minus 53 degree Celsius.
According to the British news agency, a record-breaking cold is falling in Mohe, a city in the north of China, which has paralyzed the life system.
The Meteorological Department said that Sunday morning was the coldest morning recorded in the city with a temperature of minus 53 degrees Celsius, while the previous record of minus 52 degrees Celsius was recorded in the city 54 years ago in 1969. was