Aanchi Film | Sunita Rajwar, who played a strong character in the ‘Panchayat’ series, will have such a role in the film ‘Aanchi’ IG News 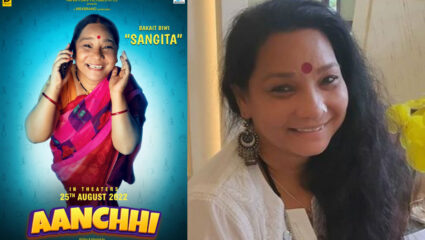 Mumbai: Actress Sunita Rajwar is back to make her mark as Bakait Biwi Sangeeta – a funny and outspoken character in the film Aanchi. Directed by director Lucky Hansraj and produced by Komal Unavay of Paper Plate Pictures and Makebrand Productions, it also stars Ishtiaq Khan and Subrata Dutta, which is slated to release on August 25. Elaborating on her role, she says, “My character in Aanchi is about a woman who hails from the outskirts of a city. He is not illiterate, but very outspoken, intelligent and a fun person.” Talking about the film she says, “The film has been shot during the pandemic period, so the film has some essence to it. The film revolves around a series of misunderstood events and how one thing leads to another. And how does it benefit my family.”

Sharing about what inspired him to take up this role, “Lucky ji our director himself called me up and told me about the plot and character sketch of the film. To be honest, this film was shot very close to the pandemic and I really wanted to step out and work when this opportunity knocked on my door. I was excited about it. So after hearing all the briefings about the film, I said yes.

Talking about her work experience in the film, she says, “To be honest, it was one of the best experiences I have ever had. When I went there everything was ready, the costumes were perfect and the team was awesome. The unit consisted of very simple people. Also, I met a female sound recordist for the first time. My co-stars were from NSD, I knew some of them, Subhra Dutta is a really good friend of mine. It was an amazing experience, I really enjoyed working with Lucky ji and Komal Unavai ma’am.” She is known for playing the role of Bittu’s mother in Gullak and Kranti Devi in ​​Panchayat Season 2, Ek Chalis Ki Last Local, Kedarnath, Stree, Bala and Shubh Mangal Zyada Saavdhan.