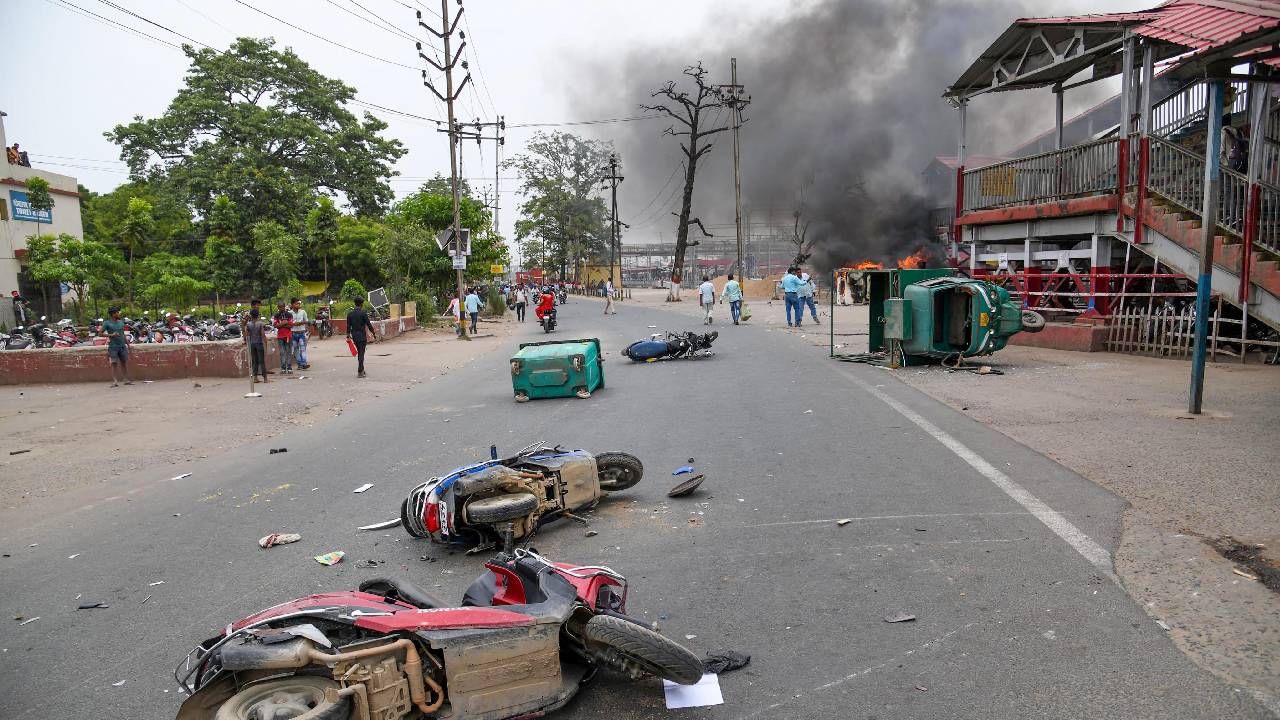 There were fierce demonstrations in many cities of the country against the Agneepath scheme.

On June 17, there was a ruckus in Malpura, Agra in protest against the Agneepath plan. In which miscreants pelted stones at the police and blocked the highway. In this case, the police had arrested 8 people. From the mobile of one of which, the police had got information about the WhatsApp group created by Army jawan Guman Singh.

Recently, the Ministry of Defense made a major change in the recruitment rules of the Indian Army. Under which Defense Minister Rajnath Singh announced the Agnipath scheme in the presence of the chiefs of the three services. After the announcement of this scheme, protests have started in many cities of the country against it. In this episode, there were fierce demonstrations in Agra as well. In this case, the police has arrested an army jawan. Sitting in Punjab, this army soldier was instigating youth in the name of Agniveer Yojana. It was only after this that a riot erupted against the Agniveer scheme in Agra.

The police has arrested this army jawan from Punjab, who has been brought to Agra for further questioning.

An army jawan has been arrested by the police in the riot case in Agra against the Agneepath scheme. This jawan of Rajput Regiment is posted in Fazilka, Punjab these days. He had formed a WhatsApp group named Inquilab Zindabad in protest against the Agneepath plan. More than 300 people were added to it. Police has arrested the accused from Punjab. Which has been brought to Agra on Tuesday and presented in the court. Whose court has sent the army jawan to jail.

The young man was angry because his brother was not selected in the army.

The name of the army jawan has come up in the nuisance case against the Agniveer scheme in Agra. Police say that the army jawan carried out this conspiracy in case his brother was not selected in the army. According to Agra SP West Satyajit Gupta, it has come to the fore in the investigation that the brother of the soldier of the Rajput regiment had given the army examination, but he was not selected in the army. Angered by this, Army soldier Guman created a WhatsApp group. Through which he had instigated the youth against the Agneepath scheme. In fact, the army soldier Guman is also a resident of Karauli in Agra.

On June 17, there was a ruckus in Malpura, Agra in protest against the Agneepath plan. In which miscreants pelted stones at the police and blocked the highway. So there the miscreants also tried to damage the railway track. At the same time, in this case, later the police registered a case, naming 13 people. So there 8 people were arrested. In which there was also a rowdy Abhishek. It was from Abhishek’s mobile that the police came to know about the WhatsApp group of Army jawan Guman Singh. After which non-bailable warrants were issued against Guman from the court on 26 June.