Al-Burhan grants the security services the powers of arrest, search and seizure of funds – Sudanile 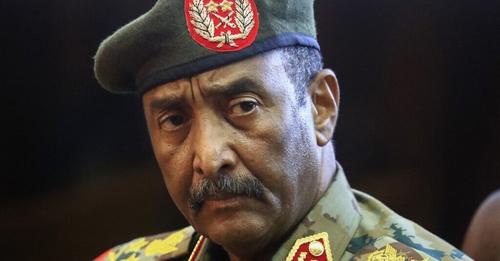 Al-Burhan grants the security services the powers of arrest, search and seizure of funds – Sudanile

The head of the Transitional Sovereign Council in Sudan, Lieutenant-General Abdel Fattah Al-Burhan, issued an emergency order granting the regular forces the powers to arrest people and seize funds.

According to a statement issued by the council, the order grants the regular forces, including the General Intelligence Service, the powers to arrest people, search, monitor property and facilities, seize funds, etc., and prohibit or regulate the movement of people.

The order stipulated that “not to take any measures against members of the regular forces that implement the Emergency Law and the Protection of Public Safety of 1997 announced on October 25, 2021, according to the constitutional decree.”

The statement pointed out that “the duration of the order ends with the end of the state of emergency declared in the country.”

This comes at a time when the country is witnessing widespread demonstrations demanding the removal of the army from political life in the country.

In a related context, the Security Committee of the capital, Khartoum, announced, on Sunday, the arrest of 114 people, and the injury of 58 policemen during demonstrations on Saturday, which witnessed confrontations between security forces and demonstrators.

Television footage showed the arrival of protesters opposed to the military rule near the presidential palace in Khartoum, for the second time within 7 days, despite the heavy tear gas being fired.

On October 25, Al-Burhan declared a state of emergency in all parts of the country, as part of the measures taken by the army at the time, which included the dissolution of the Sovereignty and Ministers Councils, and the arrest of party leaders and officials.

Since that date, the country has witnessed widespread demonstrations, in response to what the demonstrators see as the army’s domination of political life and the marginalization of civilians.

An agreement announced by the army in November to reinstate Prime Minister Abdalla Hamdok failed to stop the protests that are now calling for the army to withdraw from all political life.

Money to link Aadhaar with electricity connection? The power board gave a severe warning! IG News