All Sikh organizations should also be alert against the abolition of the regiments of different communities by the army chief and strongly protest against it: Hon. Punjab News IG News 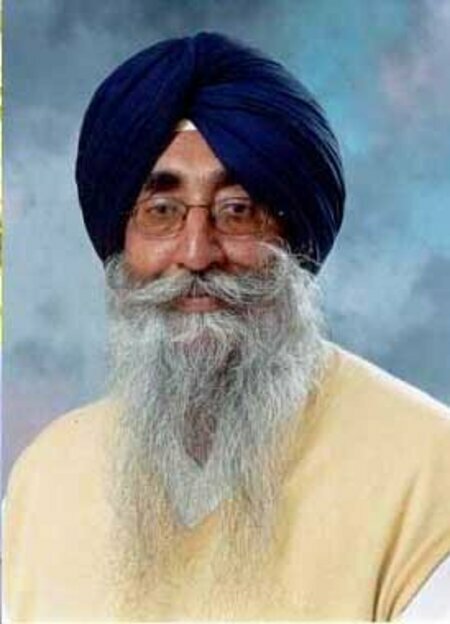 Fatehgarh Sahib – “The action of Manoj Pandey, the Chief Journalist of the Indian Army, to dissolve the regiments established in the army related to different nations and join them in the Indian Army is in reality an international act of brave Sikh regiments like Sikh Regiment, Sikh Light Infantry, Sikh-9. It is part of the joint strategy of the command and the army chief to undermine the proud identity and respect created at the level. Of course, the army chief has not yet acted on the above mentioned Sikh regiments, but it cannot be denied that they will be marked in the coming time. Therefore, the President of Shiromani Gurdwara Parbandhak Committee Dr. Harjinder Singh Dhami, Baba Harnam Singh Dhumma, Head of Damdami Taksal, Sant Samaj, Sikh Students Federations, present and former army generals, Sikh scholars, intellectuals, lawyers, doctors, professors and personalities of the Sikh community for their national responsibility. Understanding this, one should also raise a strong voice against the anti-Sikh act and express outrage at the international level against the Modi government at the Centre. So that this Mutsavi Hukamaran and the current army chief, Journal Pandey, cannot succeed in the plan to eliminate the identity of Sikh regiments, Sikh light infantry and other Sikh regiments in the army, which have been established for 200-200, 250-250 years.”

This appeal s. Simranjit Singh Mann MP and President Shiromani Akali Dal (Amritsar) discussed the Khalsa panth with Sikh organizations, institutions, federations, mints, Sant Samaj, intellectuals, scholars and leaders leading the Shiromani Akali Dal (Amritsar) in foreign countries. And while making a serious appeal to the heads and committees of other organizations on this subject, they spoke of strongly opposing it. S. Mann went on to say that the Shiromani Akali Dal (Amritsar) and the Sikh community will never allow this anti-Sikh conspiracy of ruling and Hindutva-minded military generals to succeed and if the Sikh regiments who have been doing proud work in the Indian military for a long time If there is any talk of abolition, it will not be tolerated at all. S. Mann instructed all his units and office bearers of Shiromani Akali Dal (Amritsar) in Punjab, Haryana, Himachal Pradesh, Chandigarh UT, Jammu and Kashmir, Delhi etc. on this subject and said that on Monday 26th September 2022, they should While protesting against this at their district headquarters, the President of India, who is the commander of the three armies, should give a memorandum in their name through the Deputy Commissioner of the districts and create a big movement against it in the whole of India and abroad so that Modi Mutasavi government and Hindutva-minded military generals could not succeed in their malicious conspiracy against the Sikh community. He expressed the hope that the Shiromani Akali Dal (Amritsar) and other Sikh organizations would collectively perform this responsibility at their respective district headquarters on September 26 to inform the rulers and the Chief of the Indian Army on this subject.

This entry was posted in Punjab, Main News.

The frequent foreign travels of the NS gunman put him on the border watch list. they got nothing IG News

At the age of 82, two sons kicked him out of the house, daughters also refused to take care of him, read the story...