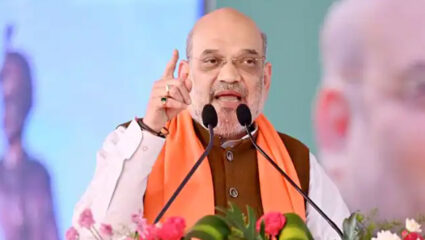 He informed that the Union Home Minister is also scheduled to chair a high-level meeting to review the security situation in Jammu and Kashmir. Senior officers from various security forces and intelligence agencies will participate in it.

Seven people, including two children from the minority community, were killed and 14 others injured in two terrorist attacks in Dangri village. Shah is scheduled to reach Rajouri in the morning and from there directly go to Dangri village. He will meet the family members of those who lost their lives in the terrorist attack. Officials said elaborate security arrangements have been made in Rajouri district in view of Shah’s visit and the entire Dangri village has been converted into a restricted area.

There will be restrictions on the general movement of people from Friday morning till afternoon. Police and Central Armed Police Forces (CAPF) personnel have been deployed, while Indian Army personnel will remain deployed in the upper reaches, they said. Officials said that CCTV cameras have also been installed to keep a close watch on Dangri village. Senior police and CAPF officials also visited the area on Thursday evening and took stock of the security arrangements. (agency)