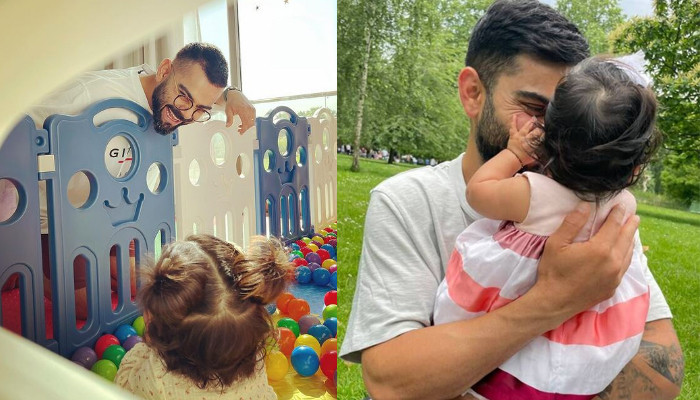 Anushka Sharma shared a new photo of Virat Kohli and daughter Wamika on her social media account Instagram, which shows Kohli in a happy mood playing with his daughter.

The caption of the photo shared by Anushka Sharma reads, “My whole heart and world in one picture.”

Earlier, Anushka Sharma had shared a photo of herself and her daughter playing, in which she said, “Her daughter is making her more brave, courageous and strong every day.”

Anushka Sharma, while praying for her daughter, further wrote, “My little fairy, I pray that you will always be strong.”