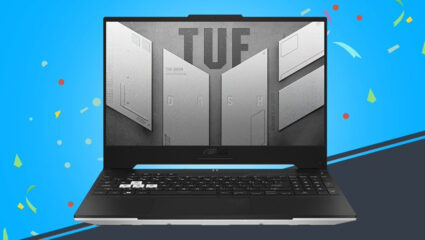 New Delhi: Veteran tech company Asus has launched its three new laptops in India (Asus Laptop In India). The company’s latest laptops are Zenbook 14 Flip OLED, Vivobook S 14 Flip and Vivobook 15 (Touch), which have been launched in the Indian market. All these laptops are equipped with great features and they get full HD Plus LED backlit anti glare IPS display up to 15.6 inches. Asus has introduced these laptops with a strong processor. So let’s know about all these laptops in detail…

Zenbook 14 Flip OLED launched with Intel Core i7 and 12th Gen. It has a 14-inch 2.8K OLED touch display, which has a 90Hz refresh rate. This laptop has 16 GB of LPDDR5 RAM, which comes with 512 GB of SSD storage. Along with this, users get Windows 11 in it. The Zenbook 14 Flip OLED has a strong battery, which is capable of supporting the users for a long time. The laptop comes with a 360-degree ErgoLift hinge design. The starting price of Zenbook 14 Flip OLED laptop in India has been kept at Rs 99,990.

Vivobook S14 Flip has a 14-inch Full HD Plus IPS display, which has a resolution of 1920X1200 pixels. This laptop has been certified by TUF Rheinland for low light emission. ASUS Vivobook has been introduced in two variants. AMD Ryzen 5 5600H in one and Intel Core i512500H processor in the other. Asus’s Vivobook S14 Flip has been launched at an initial price of Rs 66,990.

Seizure of ration rice smuggled to Kerala in a truck near Sulur, Coimbatore IG News

AAP became the recognized party in Goa, now just one step away from becoming a ‘national party’ IG News

Was the attempted break-in from the FBI linked to the...

If Modi Can Be A PM Why Not Nitish Kumar Asks Tejashwi Yadav |...

Amrit Mahotsav | The grand finale of ‘Badhe Chalo’ in Delhi on Friday,...