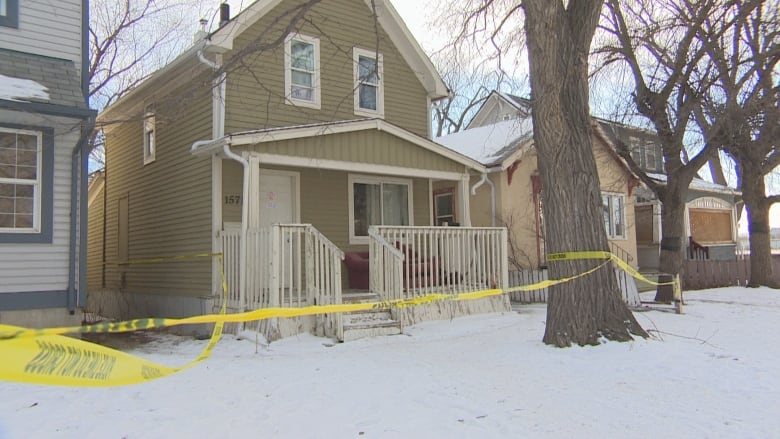 Warning: This story contains details that may be disturbing to some readers.

A barely audible Crown witness wiped away tears as he described the gruesome murder of Keisha Biternose at the Dylan Whitehawk trial at the Regina Court of King’s Bench on Tuesday.

Whitehawk, 28, is charged with first-degree murder in connection with the January 2020 death of a 29-year-old mother. He has pleaded not guilty and opted for a judge-alone trial that is set to end on Friday.

Over the past week and a half, the court has heard testimony linking both Whitehawk and Bitternose to the city’s most notorious street gang: the Indian Mafia (IM).

Tuesday’s Crown witnesses – whose identities are protected under a publication ban – testified that he was a high-ranking member of IM, but was arrested after he said Bitneroz was allegedly “crying around” at the gang. Deprecated that they “were not fair with a lot of things.”

He said Whitehawk told him that Bitternose was also spreading rumors that he was “the green light” or targeted to be killed.

The witness said that on January 1, 2020, Whitehawk told him that he should kill Bitternose in a drive-by shooting, so that he could return to the gang.

The witness told co-Crown Prosecutor Adam Brecker, “He was like, ‘I’ll do this, but we’ll say you did it.

“Did something happen?” Breaker asked.

“I was just drunk and I didn’t even care,” replied the witness.

He later added that he assumed Bitternose would receive the gang’s usual 30-second beating as a form of discipline, but “it turned into something else.”

Later that night, after the New Year’s party at the Cameron Street home – known to the witness as the “Mafia House” – he passed out on the couch.

The witness told Crown that he was woken by Whitehawk, who gave him an SKS rifle and told him to go downstairs.

When they reached the basement, they said they saw Biternose on the corner of a bed, next to which stood another gang member.

He testified that Whitehawk told him to shoot Bitternose, but when he said he couldn’t, he gave the gun to another gang member.

That’s when he said he saw Biternose – an estimated arms-length away – shot in the stomach and fall to the ground.

From there the eyewitness told that Whitehawk and another member of the gang went upstairs.

The witness told the court that they were the last to leave the basement, grabbed the rifle and stepped on a bubbling bitternose on their way.

Later, on the main level, witnesses testified through tears that they were shocked when they saw an injured Bitternose in the basement door, trying to crawl to the back door. But Whitehawk wouldn’t let him there, he said.

“What did he say?” Breaker asked.

“She said she couldn’t go,” replied the former gang member.

Whitehawk then allegedly grabbed a knife and gave it to the witness, but he said he refused to use it.

That’s when Whitehawk wrapped herself around Bitternose and began stabbing her “a lot,” the witness told the court.

At one point, he testified that Bitternose was able to open the back door but Whitehawk closed it with his foot.

“She was still alive when [Whitehawk] moved away from her, but she was not trying,” said the witness.

Biternos’ autopsy revealed that he had suffered multiple injuries from being beaten, stabbed, and possibly shot in order to determine the exact cause of his death. Forensic pathologists concluded that he eventually died of a collapsed lung and severe blood loss.

During their cross-examination, the witness was questioned by defense attorney Thomas Hines as to how he and the Whitehawk gang were a “green light” for their involvement in Bitnernos’ death.

The witness confirmed that this was true.

Hines released a December 2020 preliminary investigation transcript showing that he had previously testified to tell people that he had killed Bitternose.

“I didn’t start remembering things until later,” the witness said, later clarifying that he was in shock at the time and was coming off drugs.

The defense also scrutinized the witness’s criminal record, which included being a getaway driver in a robbery and drive-by shooting—a case where Hines said the witness had given perjury but was not convicted.

“You lied under oath at trial?” The lawyer asked.

Before he could complete his cross-examination, Hines asked the former gang member if the roles had been reversed, and Whitehawk watched as he killed Bitternose.

“No,” replied the witness flatly.

With the Crown resting its case on Tuesday, the court is set to resume Wednesday morning, with the defense formulating its plan for the remainder of the trial.