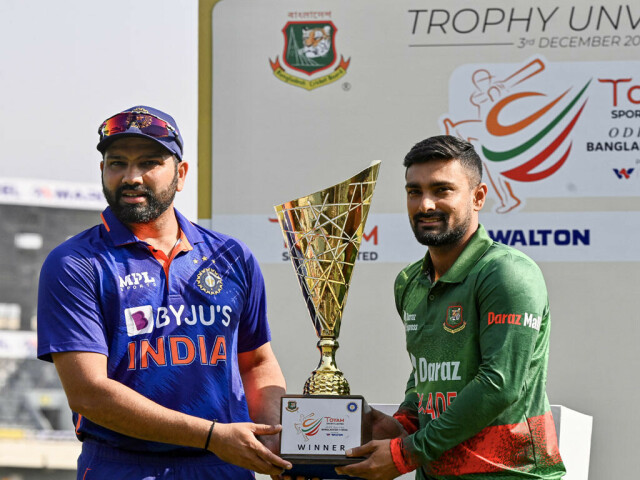 Chittagong: Bangladesh captain Liton Das won the toss and elected to bowl against India in the third one-day international on Saturday.

The hosts beat India by five runs on Wednesday to take an unassailable 2-0 lead in the three-match series but have made two changes in Chittagong.

Taskin Ahmed and Yasir Ali have been included in place of Nasum Ahmed and Najmul Hossain.

India are without regular skipper Rohit Sharma, who suffered a thumb injury in their previous loss and flew back to Mumbai to seek medical advice, and Deepak Chahar is out with a hamstring strain.

‘Peg Shag’, singer Luv Gill in front of the audience with the song IG News