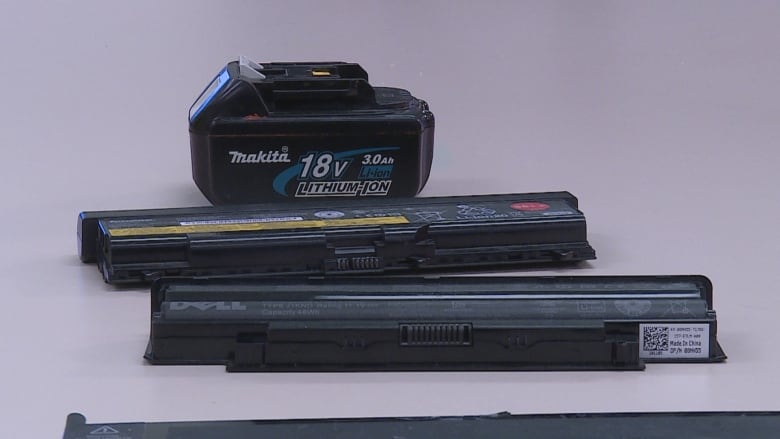 The Calgary Fire Department is warning residents to be aware of fire hazards when using electronic devices with lithium-ion batteries, which can cause fires if improperly charged and stored.

Chief Steve Dongworth said there is nothing unsafe about lithium-ion batteries, which can be found in devices ranging from cellphones, laptops and power tools to electric cars and scooters. The challenge is how do people safely store and charge devices with these types of batteries.

Dongworth said, “It’s not being used with the right charger. It’s being overcharged. We sometimes see cellphones being charged where the cellphone is in bed or covered and there’s no ventilation.” It happens.”

With the holiday season round the corner and electronic gifts waiting under the tree, the fire chief said it’s important to follow manufacturers’ instructions with electronic devices and use the right charger to avoid overcharging. Other ways to prevent fires are to make sure cellphones aren’t stored under pillows while charging and that outlets aren’t overloaded.

According to Dongworth, the Calgary Fire Department responded to eight calls in 2022 related to fires caused by lithium-ion batteries.

Dongworth said that many lithium-ion battery fires the department has reported this year in response to garage fires indicate to him residents aren’t properly charging electric cars, lawn mowers or snow blowers. .

“These are inherently safe products,” Dongworth said. “It’s when human behavior comes into play and maybe we … change the wiring somehow or we connect the wrong kind of charger or we don’t follow the instructions, I think that’s where the risk lies. “

The fire chief encouraged Calgarians to check the city’s website to find out where to properly recycle devices with lithium-ion batteries, which can cause fires if placed in landfills.