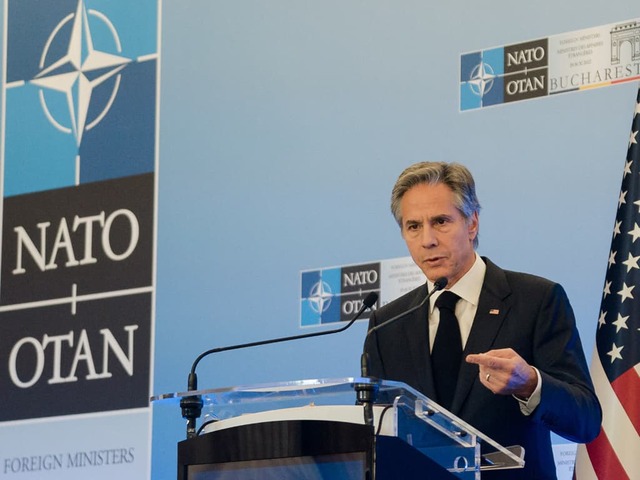 Washington: US Secretary of State Antony Blinken said on Wednesday that China’s “repressive” crackdown on protests against the Covid lockdown showed the “weakness” of the Communist leadership.

Blinken said in an interview with NBC News that people of all countries have the right to “vent their frustration” through peaceful protests.

Blinken, who has been attending NATO meetings in Romania, said, “In any country where we see this happen and then we see the government take massive repressive measures to stop it, it’s not a sign of strength, it’s a sign of weakness.” It’s a sign.”

Blinken, who plans to visit China next year as tensions between the United States and China ease, declined to comment on whether the protests affected the personal status of President Xi Jinping. Is.

Blinken said China’s zero-Covid policy, the initial trigger for the protests, was “not something we would do,” adding the United States is instead focused on vaccines, testing and treatments.

However, the protests have turned into widespread calls for political independence in China’s most widespread demonstrations since 1989, when the Communist leadership sent troops to crush a student-led democracy movement in Tiananmen Square.

Blinken was asked about the situation in China after an initial muted response from the US administration, with the White House saying President Joe Biden was monitoring the protests.

Biden met Xi in Bali in November, where the two presidents promised to look into ways to keep tensions between the two powers under control.