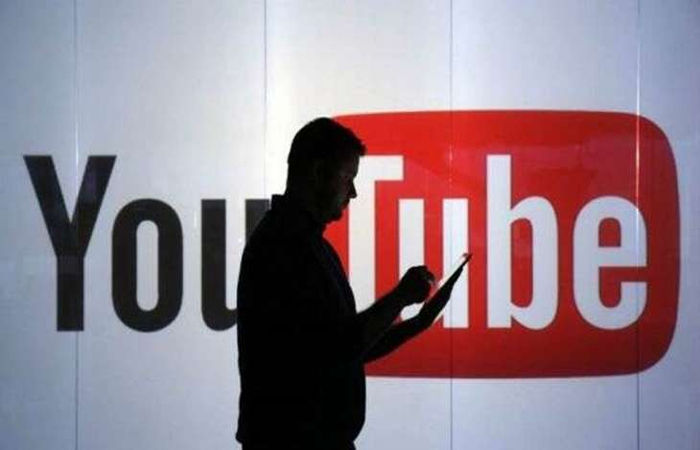 – Another digital strike by the central government

New Delhi: The central government has ordered the blocking of eight YouTube channels, including a Pakistan-run channel, for spreading misinformation about the country’s national security and allegedly using anti-India and fake and ‘sensational thumbnails’. Thumbnails are images or content that provide an attractive summary of the content of a video. The Ministry of Information and Broadcasting said that seven Indian channels are among YouTube channels blocked under the Information Technology Rule-2021.

The Ministry of Information and Broadcasting said that these blocked channels have 114 crore ‘views’ (i.e. 114 crore views) and 85.73 lakh subscribers and earn from the content of these channels. Among the channels blocked under the government order are ‘Loktantra TV’, ‘UNDV TV’, ‘AM Rizvi’, ‘Gourvasali Pawan Mithilanchal’, ‘Ctop 5TH’, ‘Sarkari Update’, ‘Sab Kuch Dekho’ and Pakistan-run ‘News Ki Duniya’. Is included.

Since December last year, the government has so far blocked 102 YouTube-based news channels and some other social media accounts. Indian YouTube channels found ‘using fake and sensational thumbnails’ He used images of news presenters and ‘logos’ of some TV news channels to convince viewers of the authenticity of the news. In these YouTube channels, the government of India has also made false claims like demolishing religious structures, banning the celebration of religious festivals, declaring a religious war in India.

The government said that it was found that these news were shown by the YouTube channels with the intention of spoiling the communal harmony and public order in the country. This YouTube channel was also used to post fake news on various topics like Indian Armed Forces and Jammu-Kashmir. The material was found to be sensitive and completely fake from the point of view of national security and India’s friendly relations with other countries.

The ministry said the content of the channels it blocked was harmful to the sovereignty and integrity of the country, national security, India’s friendly relations with other countries and public order. Hence it has been brought under Section 69A of Information Technology Act 2000.

-Subscriber figures are in lakhs.

-Views figures are in crores.

‘Chutki’ of marriage has increased the heat on the internet, a photo was taken wearing a saree without a blouse. IG News

Excessive sales of cannabis in Yanam..! This is the reason..?– News18 Telugu IG News

How many wickets did England defeat Pakistan in the sixth T20I, big news for cricket fans – daily Osaf IG News

Two Trinamool leaders pushed each other at the opening of the puja, Sudeep Banerjee handled the situation IG News

Viral: “Don’t call me brother or uncle”, the notice posted by the cab driver in the vehicle went viral IG News

‘Chutki’ of marriage has increased the heat on the internet, a photo was taken wearing a saree without a blouse. IG News

Excessive sales of cannabis in Yanam..! This is the reason..?– News18 Telugu IG News