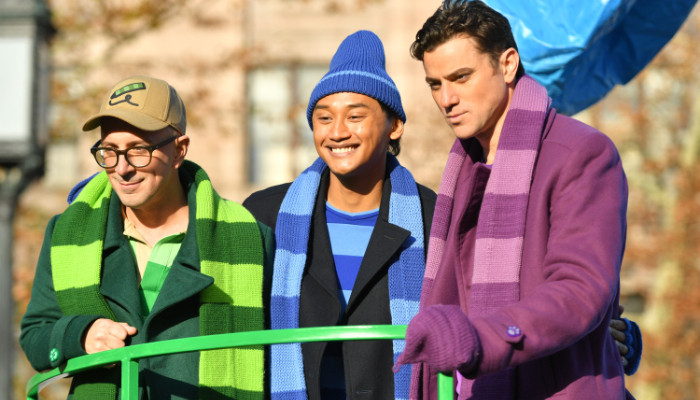 The show’s three hosts, Steve Burns (Steve), Donovan Patton (Joe), and Joshua Dela Cruz (Josh), all appeared underneath the show’s iconic Blue shaped balloon that has been a part of the annual parade since 1999.

As part of their surprise appearance, Burns, Patton, and Cruz delivered a performance of the song You Can’t Spell Blue Without You.

The trio was roped in for this year’s parade to mark 25 years of Blue’s Clues; the show premiered on Nick Jr. in September 1996.

Burns served as the original host of the children’s show, with Patton taking over in 2002 and serving till 2006. The show was revived in 2019 and Cruz has since been the host.