Arakkonam: A love match between two youths for a girl near Arakkonam ended in murder. The teenager who killed in rage was arrested by the police.
Marimuthu, 26, a painter, hails from Tholshop warehouse area near Arakkonam, Ranipet district. Michael, 23, a labourer, belongs to Kilikuppam; Both have fallen in love with a 14-year-old schoolgirl from the same area. Due to this, there were frequent disputes between the two teenagers as to whether it was you or me who loved the girl.
In this case, the previous night, in Kilikuppam Indira Nagar, the two got into a drunken argument over a love affair. In this, Marimuthu died after being stabbed by an enraged Michael. Arakkonam police registered a case regarding the incident and arrested Michael yesterday and lodged him in Arakkonam jail.

Chennai: Kanal Kannan, 59, a film fighting coach, was arrested for saying that ‘EV Ra’s statue in Srirangam should be broken’.
In Maduravayal, Chennai, a public meeting was held on behalf of the Hindu Front for rights recovery campaign in July. In this, Kanal Kannan, the secretary of the organization’s arts and culture department and cinema fighting coach, spoke. Then, ‘There is a statue of a man who said there is no God, in front of Srirangam temple, Trichy district. He said that when that idol is broken, it is the day of Hindu uprising.

Based on the complaint, the Central Crime Branch police registered a case against Kanal Kannan. He filed a petition seeking anticipatory bail in the District Principal Sessions Court: the petition was dismissed. In this case, Kanal Kannan was arrested at a private hostel in Puducherry and produced before the Egmore court. He has been ordered to be remanded in judicial custody till the 29th.

Trichy: The women’s police arrested a youth under the ‘POCSO’ Act for marrying a 15-year-old girl and impregnating her near Thariyaur.
Kannan, 25, who hails from Kirunapuram, near Thartiyur, Trichy district, was married to a 15-year-old girl from Pacchi Perumalpatti in November last year. After the marriage, Kannan forced her to have sexual relations with her, and within 20 days of the marriage, the girl went to her parents’ house.
In this, the pregnant girl had labor pains the day before yesterday. Immediately, they took the girl to a private hospital in Pacchi Perumalpatti. As the doctor was late in coming there, the girl gave birth while staying at the panchayat office.
When the Musiri women police and social welfare department went there after getting the information, the girl and the child were left alone and the parents escaped. When the police rescued the girl and the child and admitted them to the government hospital in Trichy, the doctors said that the child died. The girl is being treated intensively.
In connection with this incident, Musiri women police registered a case under the POCSO Act and arrested Kannan. A case has also been registered against the man who married a 15-year-old girl.

Usilambatti: A couple who returned from mourning house near Usilambatti were hit by a government bus and killed.
Mohan, 60, from Melaponnakaram, Madurai, and his wife, Pandiammal, 55. In Usilampatti, the duo were returning to Madurai without wearing helmets in a ‘two-wheeler’ to the funeral home of their relative’s death. Yesterday, at 2:10 p.m., a government bus bound for Madurai collided with their vehicle. Both died on the spot with head injuries. Chekanwarani police are investigating.

Youngsters bathed in Vaigai are magic

Vadipatti: The fire department is searching for two youths who were swept away while bathing in Paravai Vaigai river near Madurai.
Madurai South Gate Srinivasan son Thanasekaran, 23, Tirumangalam Gnanamani son Kannan, 20; Graduate students. Both of them had come to the Duvariman Muttiah Swamy temple yesterday with their relatives. Then they were suddenly swept away by the river when they were taking a bath under the disused Duvariman – Paravai Vaigai river bridge opposite the temple. The Madurai fire and rescue team who came to know the information are searching for the youth.

A fierce conflict between the two sides

Mayiladuthurai: A clash broke out between two parties after teasing a girl near Sirkazhi. The police have arrested three people in this connection.
Mayiladuthurai district Sirkazhi taluka Mathanam village girl came with her mother to the village temple festival. Some of the youth there threw water on the girl and made fun of her. This led to an argument between the two parties and a clash, in which the shops belonging to the side of the girl’s taunts were smashed.
Three people were seriously injured in the ensuing clash between the two sides and were admitted to the Sirkazhi Government Hospital. Pudupatnam police registered a case of attempted murder and ‘pocso’ against both parties and arrested and interrogated three people from Mathanam village.

A lorry entered Bhavani; 2 people died including a woman

Papriprettipatti: Two people, including a woman, died when a lorry lost control and rammed into Swami’s procession near Kadakuar.
At Sillarahalli next to Kadurai, Dharmapuri district, the Bachiyamman temple festival took place yesterday at 9:00 pm. The decorated goddess was placed in a ‘Tata Ace’ vehicle and taken in a procession by the people of the area. Then, the lorry coming that way lost control and hit the rear of the ‘Tata Ace’ vehicle and entered the procession as well.
In this, Tata Ace driver Senthilkumar, 45, and five people, including a woman who was in the procession, were seriously injured. All five people were admitted to Dharmapuri Government Medical College Hospital. In this, Subramani and Govindhammal died early yesterday morning. Kidnappers have registered a case and are looking for the lorry driver who escaped after causing the accident.

Gudiyattam: In Gudiyattam, the police interrogated Andhra professors in the suicide of a nursing student.
Karthikadevi, 21, hails from Gudiyattam Kamachipet, Velwar district, and studied in her final year at a private nursing college near Chittoor, Andhra Pradesh. He came to Gudiatham last 13th for a series of vacations. The student’s father, Kumaresan, lodged a complaint with the police as the door of the house did not open till noon yesterday.
When the Gudiatham police broke the door of the room and entered, it was found that the student had committed suicide by hitting the fan with a saree. The police seized the letter from his bag. In it, he had written that some professors from Andhra belonging to the college had committed suicide due to sexual harassment. Five professors were interviewed.

5 people died when the wall collapsed

Kangar: Five people, including three children, were killed when a house wall collapsed in Chhattisgarh.
Kangar district of Chhattisgarh has been receiving continuous rain for the past two days. Due to this, the normal life of the people has been affected. In Irbanar village of this district, a couple and their three children were sleeping last night. Then suddenly the wall collapsed. All five died on the spot.

The person who threatened Ambani was arrested 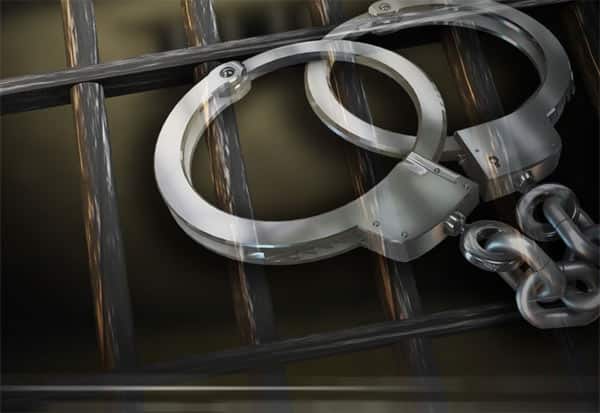 Mukesh Ambani, the chairman of ‘Reliance Industries’, runs various industrial companies. There is a hospital owned by Mukesh Ambani’s trust in Mumbai, Maharashtra. Received a phone call from this hospital yesterday. The person who spoke in it threatened to kill Mukesh Ambani and his family.
Contacted four times in a row, he threatened. A complaint was made to the police. The police started an investigation and found the phone number of the person who made the threat and arrested him. His name is revealed to be Afzal. The police said that he may be mentally ill. He is still under investigation.

Baghpat: In Uttar Pradesh, police are looking for a 20-year-old youth who killed his father and two sisters in a property dispute.
Brijpal, 60, from Baghpat district in UP, has a son, Amar. Amar has often argued with his father over the division of his property. However, Brijpal said that he has no property because he has indulged in bad habits.
In this, Amar, enraged, stabbed his father with a sharp weapon. He also stabbed two sisters aged 17 and 24 who tried to stop him. All three died on the spot. Subsequently, Amar fled. According to the complaint filed by his mother about the incident, the police are looking for the killer.

5 people were electrocuted while hoisting the national flag

Ranchi: In Jharkhand, five people were electrocuted yesterday while trying to hoist the national flag at two different places.
In Jharkhand, an iron rod was used to hoist the national flag on the floor of a house in Ranchi district. It brushed against a nearby high voltage power line. At that time, while it was raining, three members of the same family died due to electric current.
Similarly, in Dhanbad district, some coal miners have planted a pole to hoist the national flag. It also touched the high voltage power line and the electricity flowed. One of them died; Four people were seriously injured and hospitalized.
A sanitation worker was electrocuted while hoisting the flag near the police station in the same area; Two people were injured.

6 years in jail for Suu Kyi 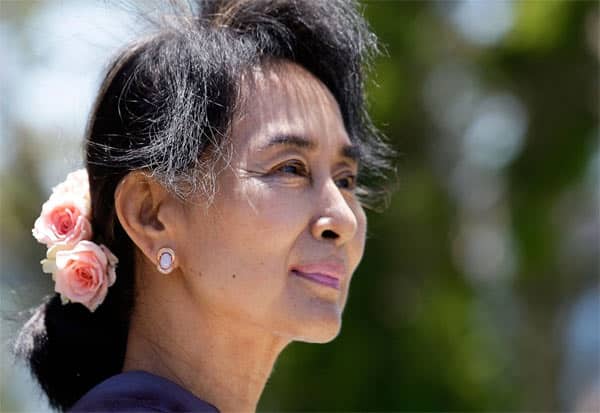 The case accused Suu Kyi of abusing her power, renting public land at below-market rates, building housing with donations, violating the Secrecy Act and inciting public unrest. In this case, he was sentenced to six years in prison.