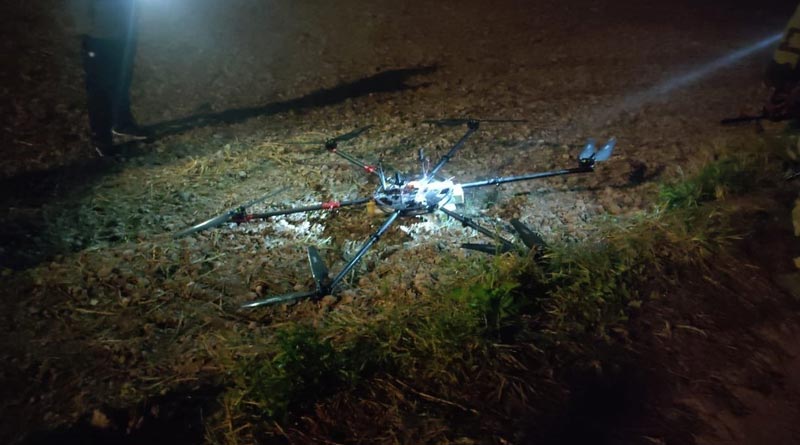 News Daily Digital Desk: Pakistani drones crossed the Punjab border again. However, the vehicle could not evade the soldiers. It fell on the ground due to the impact of the bullet. After that BSF and state police started strict surveillance. The incident took place at Amritsar border in Punjab. Intense tension has spread in the local administration over the issue. Nose checking is being done on various important roads.

According to ANI, two Pak drones crossed the border and attacked Chaharpur village in Amritsar (Rural) district. At that time, the soldiers on duty were monitoring the area adjacent to the check post. At that time, they saw two Pakistani drones flying in the sky. It was seen flying over the border in Pakistan late at night. Later in the night, the drones flew across the border and entered the Indian soil. And then the soldiers started shooting at it. The aircraft crashed on impact. High officials were also informed about the incident.

As soon as the matter came to light, BSF, Punjab Police and other investigating agencies conducted night-long searches in the border area. It is being investigated whether Pakistan-backed militants have sent weapons or drugs with the help of drones. Alert has been issued in Amritsar border area.

It is good to say that Pakistan is trying to create tension after the abrogation of Article 370 from Jammu and Kashmir. Militants are trying to infiltrate India and do sabotage. And in this case, apart from supporting the separatist forces in Kashmir, Khalistan in Punjab is also helping the militants in various ways. So using drones made by China, arms and drugs are being smuggled into India. A few days ago, Pakistan dropped weapons on the soil of Punjab through drones. Although it was confiscated by the Punjab Police before it fell into the hands of the militants.