Canada Border Cross Racket: Inquiring the brother of the deceased Jagdish regarding the death of Dingoocha’s family IG News 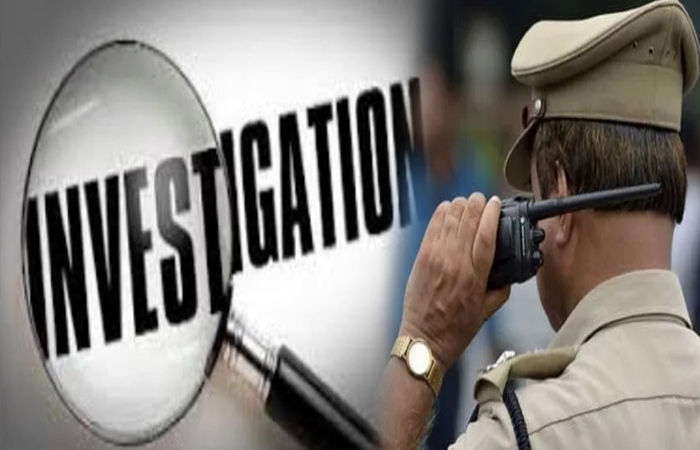 – Racket to cross the Canadian border into the US illegally

After the arrest of Bhavesh Patel of Palsana and Yogesh Patel of Ahmedabad in the illegal racket of crossing Canada border, the crime branch has interrogated Mahendra Patel, brother of Jagdish Patel of Dingoocha who died while crossing the border. The police have got the details of arresting Yogesh of Ahmedabad and Bhavesh of Palsana sub-agent Dasarath in this case. A family of four, including Jagdish Patel, his wife and two children from Dingoocha, died while crossing the Canadian border in the snow to enter the United States. Mahendra, the brother of deceased Jagdish, has been interrogated by the police to find out whether he was in touch with the agents or not. The police suspect that Mahendrabhai himself has made some preparations to go abroad in this way. The police also called for the documents of the deceased’s family in this matter.

Dasarath, sub-agent of Yogesh of Ahmedabad and Bhavesh of Palsana caught: Inquiring about the role of deceased’s brother Mahendra

The Crime Branch arrested Yogesh Patel of Ahmedabad and Bhavesh Patel of Palsana after busting the illegal racket of agents illegally crossing the border from Canada to America. In the interrogation of these two agents, the name of their sub-agent Dasharath was revealed. The police interrogated Dashrath after stopping him. In this Damarian, the crime branch called Mahendra Patel, the brother of deceased Jagdish Patel, for questioning. The police have received details that Mahendra Patel is the relative of the deceased and lives in Ghatlodia area. After the arrest of agent Yogesh living in Memnagar area, inquiry has started on whether Mahendrabhai was in contact with him or not. Apart from this, police sources said that Mahendrabhai was in contact with Fenil and Bittu, who were illegally crossing the border from Canada. The police suspect that Mahendrabhai contacted the agents behind the racket of sending ten people who left with Dingoocha’s family abroad. The investigation of the police will reveal whether Mahendrabhai Patel is associated with the agents or not, but currently the higher officials are saying that his interrogation is going on.

On the other hand, the police have received the details of arresting the arrested agent Yogesh and Bhavesh’s sub-agent Dasharath. Dasharath used to give passengers to these two accused and later they used to send Bharat alias Bobby as a passenger. After fixing the price with the passenger, Bobby used to prepare the documents to be sent to America illegally. The accused used to give commission to Dasharath out of the commission Yogesh and Bhavesh were getting per passenger. After Bharat alias Bobby was arrested by the State Monitoring Cell in an earlier offence, another FIR was filed against him in connection with the fake passport at the Sola police station. New revelations are being made in the police investigation after it was revealed that Bharat alias Bobby was the main accused in the death of Dingoocha’s family.