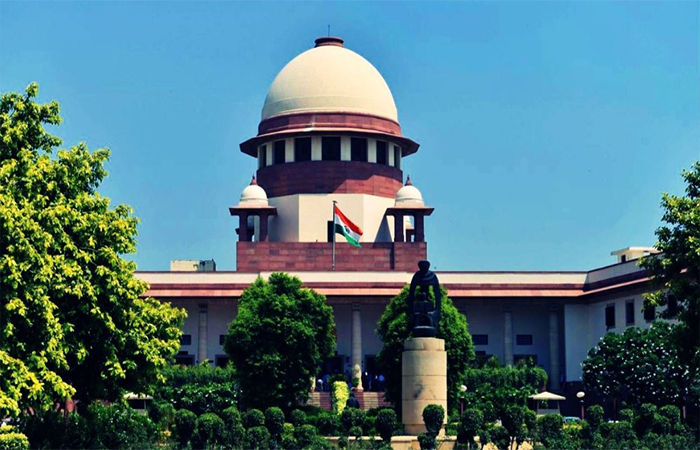 – Government cannot be held responsible for statements of ministers, but action can be taken if rights are violated: Supreme

New Delhi: At a time when ministers and leaders are making provocative and harsh statements in the country and creating animosity in the society, the Supreme Court on Tuesday refused to curb the speech of the ministers. A five-judge constitution bench of the Supreme Court, in a landmark ruling for the second day in a row, said there was no need to impose additional restrictions on the freedom of speech of ministers and high-ranking officials. Not only that, the minister’s statement cannot be considered as the government’s statement. Freedom of speech is given to every citizen of the country. It cannot be banned apart from the constitution.

On Tuesday, Judge S. A five-judge constitution bench headed by Abdul Nazir gave an important verdict. The bench said, no additional restriction can be imposed on the freedom of expression and speech of ministers, MPs-legislators and people holding higher positions in the central or state government. Article 19 of the Constitution already contains extensive provisions on freedom of expression.

A statement made by the Government in criminal cases or by the Minister concerned in its cases cannot be considered as a statement of the Government. The bench observed that it is the duty of the government to positively protect the fundamental right of a citizen. A five-judge constitution bench comprising Justices Bhushan Gavai, AS Bopanna, VR Subramaniam and BV Nagaratna.

Like the judgment given by the Supreme Court a day earlier in the demonetisation case, in this case also Char Vs. A verdict was given by majority vote. Justice Ramasubramaniam delivered the majority judgment. The Supreme Court reserved the judgment in this case on 15 November 2022. The bench said on September 28 that it may prove “difficult” to frame general guidelines to prevent leaders of public life, including government ministers, MPs, MLAs or political party presidents, from making imprudent, insulting and hurtful statements in public.

The bench was of the view that it was difficult to lay down the central guidelines without examining the factual background. Such matters can be decided on a case-by-case basis. The bench said that no general order can be given as to when and to what extent the fundamental rights of expression are to be restricted. However, Judge V. Ramasubramaniam said that restrictions cannot be imposed on anyone’s speech, but action can be taken if rights are violated by someone’s statement.

Justice Nagaratna said that since the constitution already provides for restrictions along with rights and duties, there is no point in putting more restrictions separately. He requested the Parliament to consider and make a rule on the issue of provocative statements by people in high positions. Political parties should also formulate codes of conduct for their members.

What was the case?

In the year 2016, when the Samajwadi Party was in government in Uttar Pradesh, a mother-daughter gang-rape took place on the highway in Buland town on July 30. The incident created a huge uproar and reverberated in the Parliament as well. Azam Khan, the then Uttar Pradesh minister in the case, called the incident a ‘political conspiracy’ and went so far as to say that the opposition could go to any extent to gain power. The case of his statement reached the Supreme Court. Later Azam Khan had to apologize unconditionally. But questions were raised against the bold statements of the leaders-ministers. So in 2017, this case was sent to the constitutional bench. The verdict in this case was delivered today.

Another separate judgment by Justice Nagaratna in 24 hours

If a minister makes an offensive statement, the government can be held responsible

– One should speak only when it seems appropriate for even God to hear it : BV Nagaratna

As the new year 2023 began, two important cases such as demonetisation and freedom of speech of ministers came in the Supreme Court. In both these judgments, Justice Nagaratna gave separate judgments by majority. Justice BV Nagaratna wrote a judgment that differed from the other judges of the bench on several points in the Minister-Leaders’ freedom of speech case.

Justice Nagaratna made it clear that no additional restrictions could be placed on the leaders apart from the appropriate restrictions provided in Article 19(2). However, he had a different view on whether the ministers’ statements could be considered government statements or not. Ministers can make statements both personally and officially, he said. If the Minister makes a statement personally, it shall be deemed to be his personal statement. But if he is making a statement regarding the work of the government, his statement can be considered as a collective statement of the government. If a minister makes an offensive statement in his official capacity, the government can be held responsible for such statements. However, ministers’ statements are loose and may be considered as personal comments if they are not in line with government policies. He added that Parliament should enact a law to prevent citizens and government officials from making derogatory remarks, especially on fellow citizens.

Justice Nagaratna said that public officials and other influential people and celebrities recognize their reach to the public and certain sections. In that case, their speech should be responsible and moderate. He needs to use his words with an understanding of the possible consequences on public sentiment and practice. Quoting a verse from the Gita, he said, one should speak only when it is like pearls on a string and it feels right if even God hears it. People in high positions should behave responsibly so that people follow them.