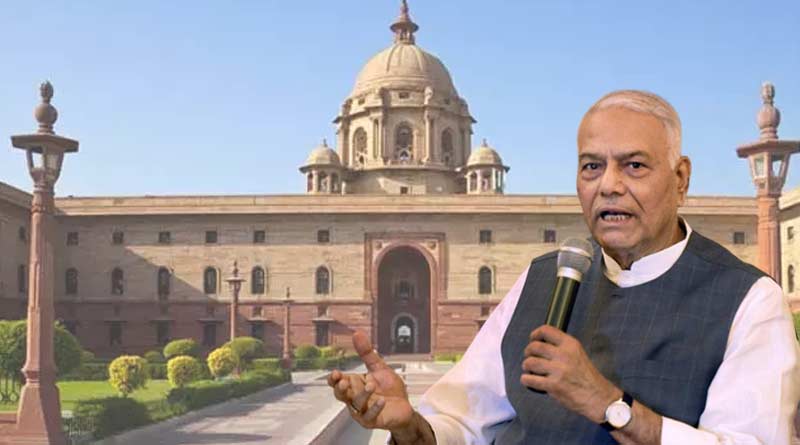 Buddhadev Sengupta: The Center has given Z-category security to opposition candidate Yashwant Sinha in the presidential election. On Friday morning, the center said in a statement that Yashwant will get Z category security. Armed CRPF personnel will be in charge of his security. He will always be accompanied by more than one armed soldier.

Incidentally, a day earlier, the central government had also provided security to the government’s presidential candidate Draupadi Murmu. Draupadi was given Z + category security. There Yashwant Sinha got Z category. The question is whether this inequality in the security of the two presidential candidates is intentional. The Union Home Ministry usually checks the safety of heavyweights. Heavyweights are given security considering rank and risk. In this case, the finger is pointing at the Home Ministry.

In fact, since Draupadi Murmu was given Z + category security on Thursday, the question was, if the NDA camp candidate gets top-level central security, why not the opposition candidate? Yashwant’s security has been announced on this day since the beginning of the criticism about him. Security guards also reached his house. But the controversy is not diminishing. The question is, why the candidates of the two camps were given two kinds of security? Why did Yashwant Sinha, the country’s former finance and foreign minister at the same time, get less security than a relatively heavyweight like Draupadi Murmur? The center, however, says the decision was made after examining the amount of risk.