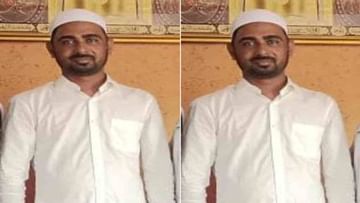 Asami, who was cheating in the name of Governor Thawar Chand Gehlot, said that he would become a member of the University Syndicate.

Sadarullah Khan is the arrested accused

Fraud of being a member of a university syndicate

Accused Sadrullah Khan claimed to be the Under Secretary to the Governor and claimed to be a member of the senate for all the universities. He cheated many by illegally obtaining money by showing fake identity card. Asami, who recently contacted a woman, lured her to become a syndicate member of Rajiv Gandhi Health University. A fake appointment letter was issued for that. In the name of the governor and the office, he was involved in fraud. A complaint was filed by the special secretary of the governor, Frabhushankar, to take legal action against the accused, and an FIR was registered at Vidhansouda police station.

Currently, Sadrullah Khan, a native of Bellary, has been arrested in connection with the case. Accused Sadrullah Khan, who has higher education, was making a living by doing tuition. But tuition was closed during Corona. At this time he was in trouble and cheated. Similarly, he cheated many people by getting money by giving them small jobs. Later, he started a new deal saying that he would make him a member of the university syndicate, and he was cheating using the name of the governor’s office.

Rahul Gandhi shared the video, remembered his father like this, said- the dream you saw for the country… IG News

Chief Minister’s order not to remove hoardings; Information of the petitioners in the High Court – Marathi News | bmc commissioner orders...

Canada will take on Finland for world junior gold on...

I’m a Target Superfan and I’ve Got a Trick for...

“Then he can fight” Shoaib Akhtar’s dialogue after seeing Dravid...

Rahul Gandhi shared the video, remembered his father like this,...

Congress paid tribute on the birth anniversary of Rajiv Gandhi ...

Chief Minister’s order not to remove hoardings; Information of...

A soldier of the paramilitary force died in the firing of militants on the...