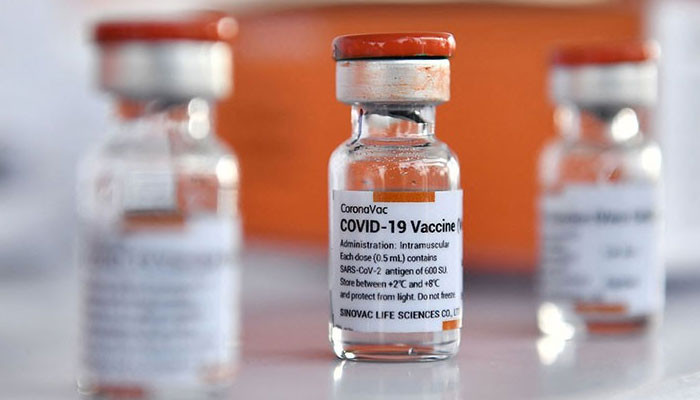 Chile approves Covid shots for childen aged 3 and up

SANTIAGO: Chile announced it would start vaccinating children aged three and up against the coronavirus, after successfully inoculating around 90 percent of its initial target population.

Children under the new rollout will receive the Chinese CoronaVac shot already used for kids aged six to 15, the Public Health Institute said.

For 16 to 18-year-olds, Chile uses the Pfizer/BioNTech vaccine.

The decision to use different shots was based on studies with CoronaVac in China that showed the Chinese vaccine had a higher rate of adverse reactions in older children than in younger ones, the institute said.

Nicaragua and Cuba are vaccinating toddlers as young as two.

Younger children will also start getting vaccinated in Europe, where the EU´s drug regulator on Thursday cleared the Pfizer/BioNTech shot for use in children aged five to 11.

Chile, with a population of 19 million, has so far vaccinated some 13.8 million people, over 90 percent of its target group of adults aged 18 and older.

Some 1.75 million people have contracted the virus in Chile, and 38,000 have died, according to official figures.

“Health”: 9 consecutive days without deaths, and a decrease in “ward” cases.

“Health”: 9 consecutive days without deaths from “Corona” .. and a decrease in “ward” cases

President of the World Travel and Tourism Council: There is no point in closing borders to contain “Corona”

NCOC urges provinces to speed up vaccinations amid Omicron threat

What does the patient feel?