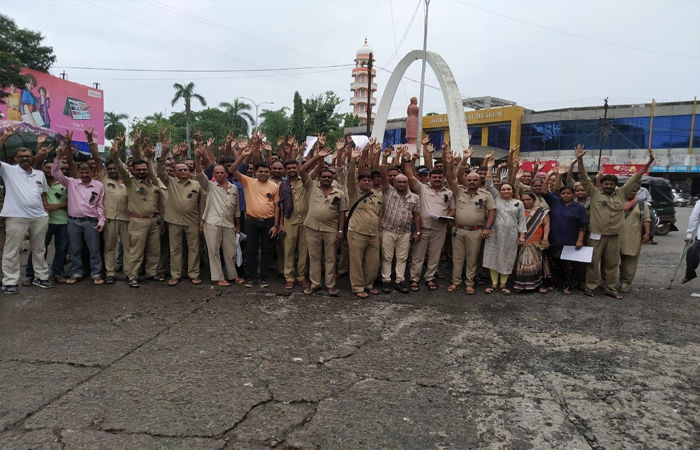 – ST employees rejected the union’s decision and the situation reversed

The ST Corporation employees’ agitation ended this morning and it was considered the beginning of the government’s success in breaking the cycle of agitations. However, the ST employees rejected the union’s decision and the situation was reversed in just 3 hours.

A midnight meeting was held between State Transport Minister Purnesh Modi and ST Nigam employees in which outstanding issues of ST Nigam employees were resolved. In the meeting, as many as 25 demands including their grade pay, dearness allowance were discussed with various unions of the ST Corporation and all the issues were resolved in the meeting which lasted for about 7 hours.

Purnesh Modi assured a significant increase in the allowances received by the state government’s GRTC employees. Also, under the guidance of the Chief Minister, taking into account the representations of the employees of the ST Corporation, after a meeting with the office bearers of the three recognized unions, with the consensus of all, a positive solution to the demands and an important decision to increase the salary was announced.

1. Demand for 34% DA to ST employees like all state employees

2. Class 4 employees who have not received bonus for last 2 years want to give it immediately

5. Rent allowance has not been increased in last 25 years, demand immediate increase

6. Demand for employment to heirs of employee who died in service before 2011

7. Payment of leave pay in cash

9. Request to arrange separate rest room for women employees of the Corporation

10. Demand for cancellation of anti-worker circular 20/77

Know what is advertised

– Increase in wages of fixed salary employees up to Rs 2,000

– Driver and Conductor’s grade-pay and due payment due arrears dt. Payable by 01 October 2022 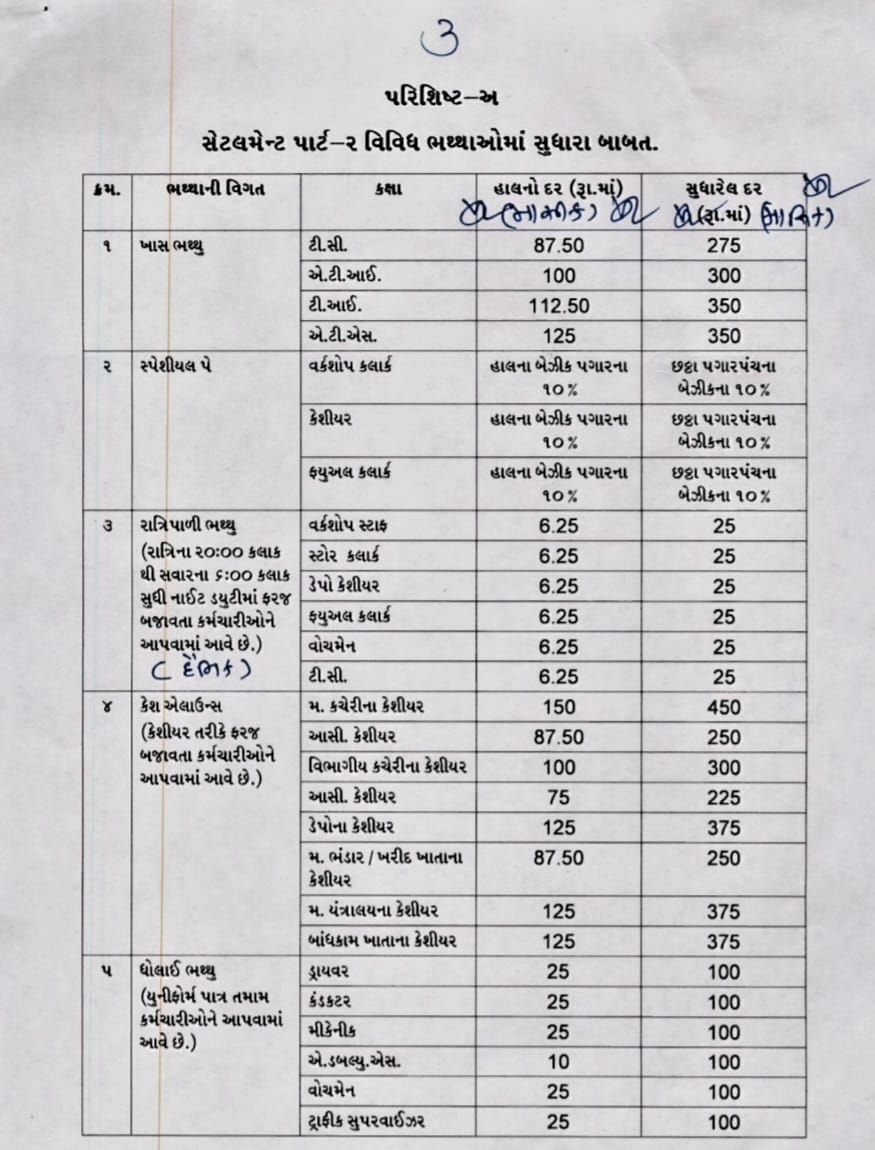 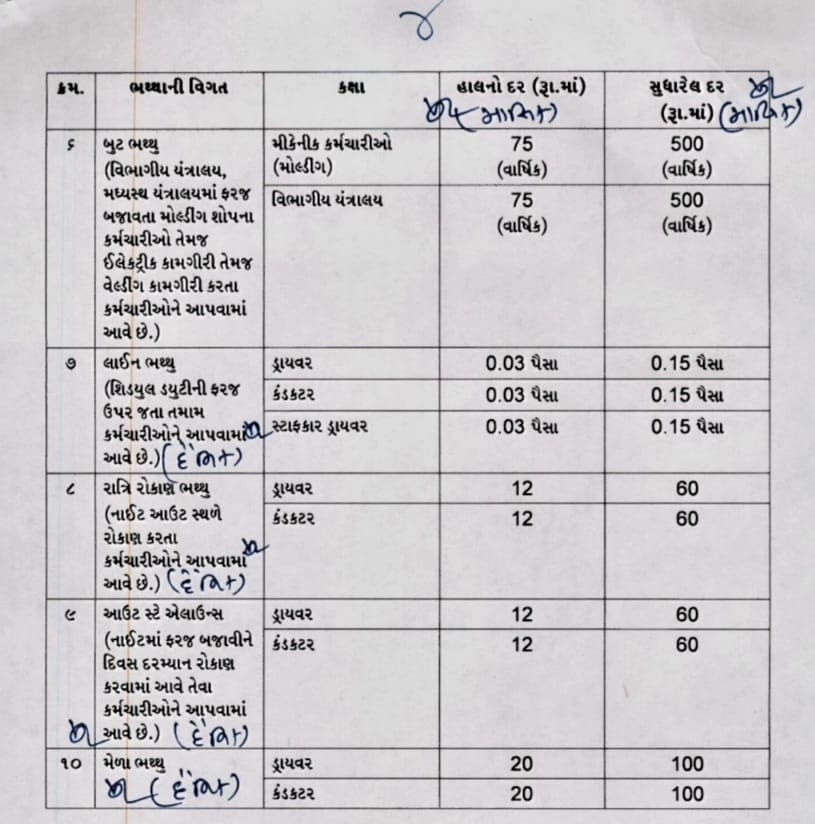 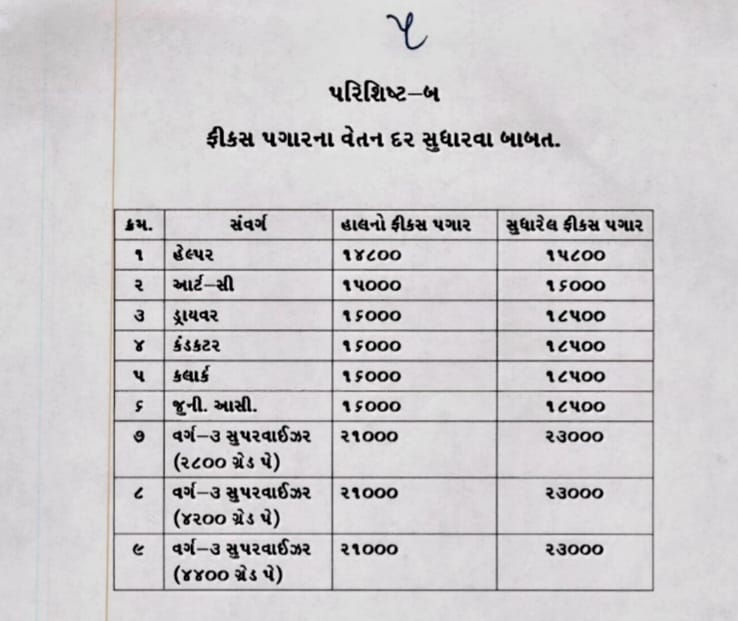