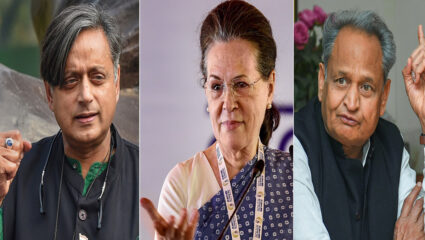 New Delhi: Rajasthan Chief Minister Ashok Gehlot and senior party leader Shashi Tharoor have given a clear indication of entering the election season, a day before the notification for the election of the Congress President. The possibility has become strong that after 22 years, the head of the country’s oldest party will be elected through elections.

Gehlot bluntly said that he would accept the party’s decision, but before that he would make one last attempt to persuade Rahul Gandhi to become the president. On the other hand, Tharoor, a Lok Sabha member who is already indicating that he will contest the election, reached the Congress headquarters and met the party’s Central Election Authority chief Madhusudan Mistry and inquired about the process of nomination. By the way, the possibility of some other leaders also entering the electoral fray cannot be ruled out.

Gehlot met Congress President Sonia Gandhi at 4 pm on Wednesday. Gehlot did not say anything after the meeting for almost two hours. However, sources say that he had a detailed discussion about the election of the party president and said that he would once again try to persuade Rahul Gandhi. Gehlot is reaching Kerala on Thursday where he will meet Rahul Gandhi and request him to contest for the president’s election and participate in the ‘Bharat Jodo Yatra’. 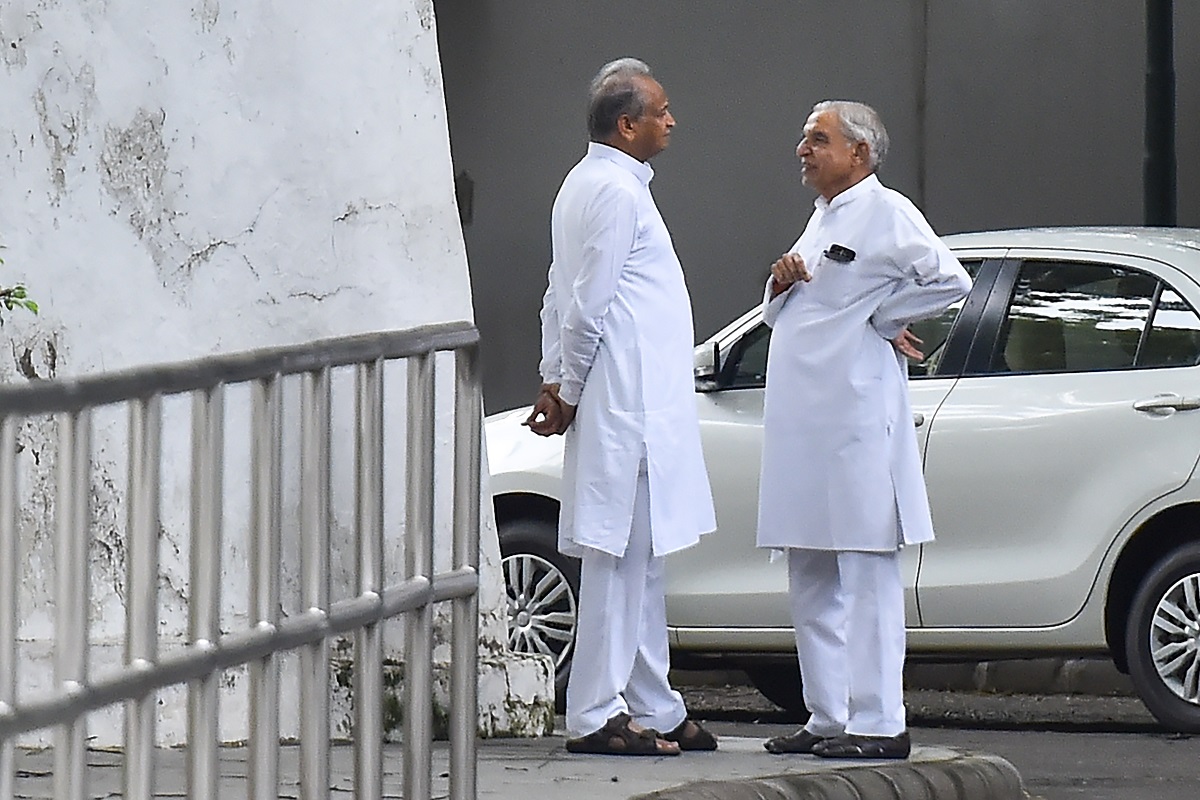 Before meeting Sonia Gandhi, Chief Minister Ashok Gehlot gave a clear indication of contesting for the post of Congress President and said that he will accept the decision of the party people. Gehlot told reporters here, “The party has given everything to me, the high command has given everything. For the last 40-50 years I have been in the posts, no post is important for me now. It is important for me that whatever responsibility I get or whatever responsibility I should take, I will do that.”

He also said, “I have the confidence of the Gandhi family, all the Congressmen, the families of all those Congressmen have faith in me… If they tell me that I want to file a nomination, I will fill it.” We will talk to the friends we have.” He said, “Today I am the Chief Minister, I am fulfilling that responsibility. I want to serve Congress. Wherever I am used, whether in Rajasthan, or in Delhi, I will be ready wherever it is because the party has given me everything. Now the position is not a big deal for me.” 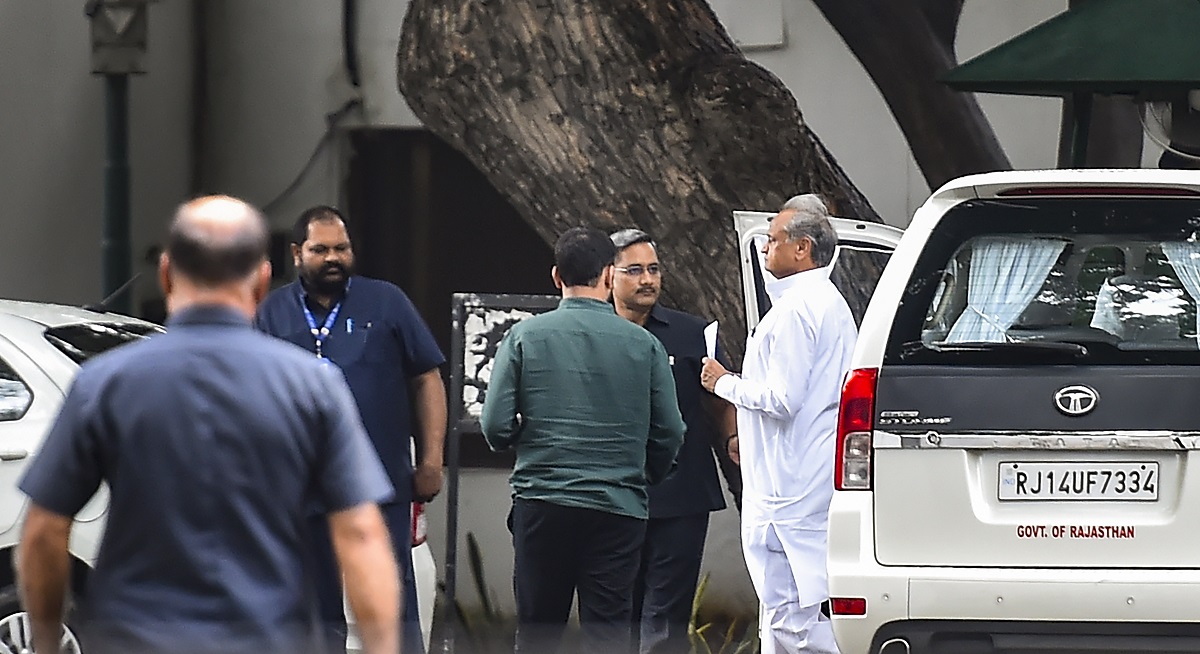 Responding to a question, Gehlot said, “If my bus runs, I will not hold any position. Let me go out on the road with Rahul Gandhi and open a front against the fascists.” Gehlot also said that if Rahul Gandhi does ‘Bharat Jodo Yatra’ as Congress President, a different atmosphere will be created for the party.

Asked whether he would continue to be the chief minister if he becomes the president, he said, “We have passed this resolution, where there are nominees, there are two posts… this election is for everyone.” Anyone can stand in this… be it MP, MLA, Minister, Chief Minister. Tomorrow a minister of a state will say that I want to stand up, so he can be. He can also remain a minister and become the Congress President.

“This time will tell whether I will remain (chief minister) or not. I would like to be where the party benefits from me. I will not go back on it.” On Gehlot’s remark related to ‘one person, one post’, Madhusudan Mistry said that anyone can contest elections in Congress and any delegate can file nomination as per the party’s constitution. 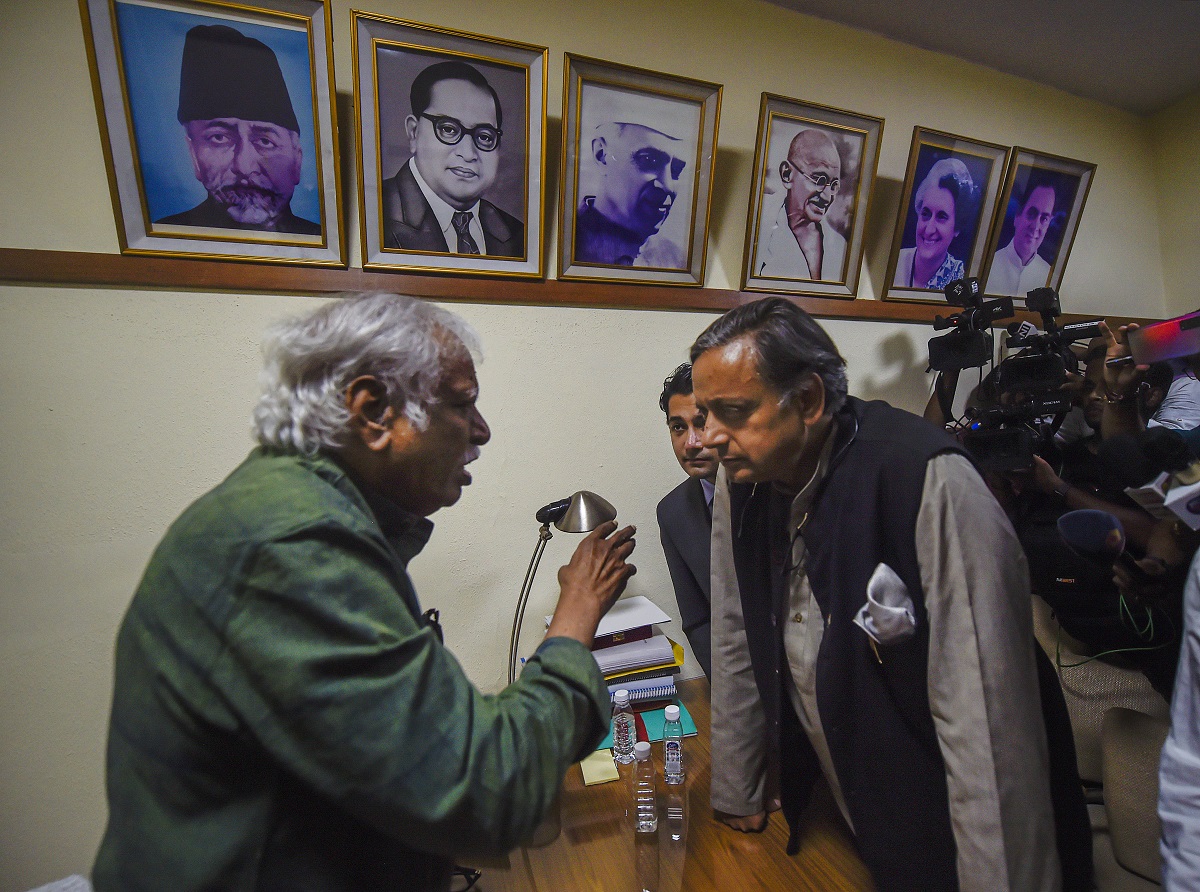 Shashi Tharoor is also preparing to contest the election for the post of party president and in this sequence he met the head of the party’s Central Election Authority Madhusudan Mistry and inquired about the process of nomination. Mistry told PTI that Tharoor met him and inquired about the electoral college list, election agents and the process of nomination.

He said, “Tharoor will send someone of his to collect the nomination form on September 24. He left here satisfied.” Sources said Mistry assured Tharoor that there would be free and fair elections. On the other hand, a channel reported that senior Congress leader Digvijay Singh did not rule out his chances of becoming the candidate, to which Singh later took a dig and said ‘thank you for giving spin’ to his point.

As per the announced schedule for the election of Congress President, the notification will be issued on September 22 and the process of filing nominations will go on from September 24 to 30. The last date for withdrawal of nominations is October 8. In case of more than one candidate, polling will be held on October 17 and results will be declared on October 19.(agency)

Remembering the ‘Ali Maula dispute’, Morari Bapu said – ‘The mobs of Hindutva have gone to the mosque.. Alya Ay.. Where have they all...