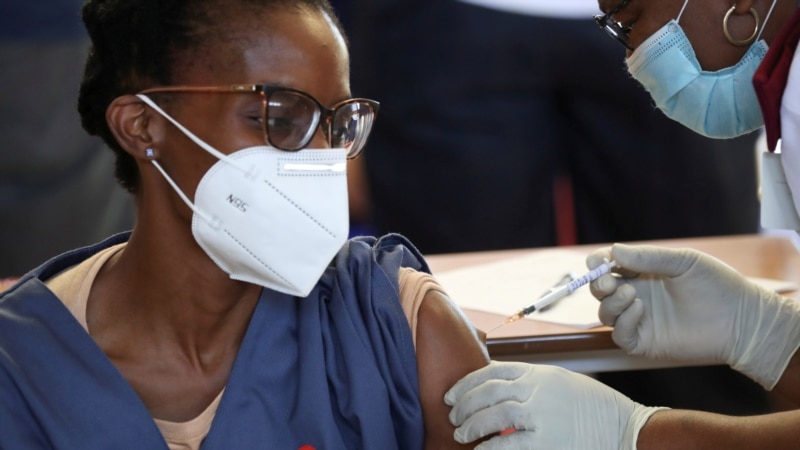 A new strain of the corona virus has emerged in South Africa, which is said to be spreading faster.

According to the Associated Press, South African Health Minister Jopahla says scientists are talking about a new variant of the corona virus, which is a rapidly changing species. Most of the youth in Gauteng, the country’s most densely populated province, have been affected.

The coronavirus was first reported in December 2019 in the Chinese city of Wuhan. As the epidemic spreads in the world, many types of it are emerging.

Initially, these types were called by the names of the countries. Later, each type was given a specific name. Of these, the Delta species that emerged in India was considered the deadliest, leading to an increase in deaths worldwide, including in India. However, due to social restrictions and vaccinations, the situation is now somewhat under control.

Scientists are constantly watching the changes in the virus because it is feared that changes in the types of the epidemic could turn it into a more deadly and more contagious virus.

New types of certification in some parts of the world

South Africa’s health minister, Jopahla, said in an online press briefing that cases of the corona virus were on the rise across the country.

He added that the number of cases of coronavirus in South Africa has multiplied in the last four to five days.

According to him, the new type of corona virus is the reason for the increase in these cases. Scientists are researching what percentage of people are affected by the new epidemic.

He said cases of the new epidemic, dubbed B1N52 to Nine (B.1.1.529), have also been reported in Botswana and Hong Kong. People who have been affected by the new species have traveled from South Africa.

In South Africa, 200 cases of the corona virus were reported daily, but on Wednesday the number of cases rose sharply to 1,200, while on Thursday it rose to 2,400.

South Africa has a population of over 60 million. So far 2.9 million cases have been reported while 89,000 people have died. 41% of the people in the country have been vaccinated.

The World Health Organization is considering a new name

The World Health Organization’s technical working group will review the situation in South Africa on Friday with a new outbreak.

With regard to the new type, it will also be decided whether to name it according to the Greek alphabet or not.

On the other hand, the British government has announced that it is banning flights from six African countries, including South Africa.

According to officials, the ban will take effect on Friday afternoon. However, in recent days, citizens traveling to these countries have to get tested for the corona virus immediately.

UK Health Minister Sajid Javed has said there were already concerns about the new strain of the epidemic, which could spread even faster than the Delta variant.

He added that there were fears that the vaccine would be less effective against the new strain.

The United Kingdom has banned flights from South Africa, as well as Zimbabwe, Namibia, Botswana, Lesotho and Iswatini.

New type of corona; The federal capital has decided to impose a booster dose

Game stopped due to bad lighting