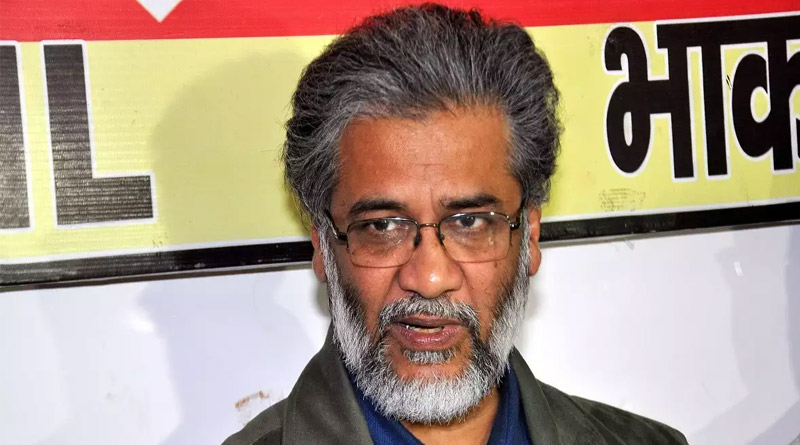 Staff Reporter: The last act of the 34-year-old left government was met with a backlash from the general public. So let the left come back, the people of the state do not want. This was stated by Dipankar Bhattacharya, All India General Secretary of CPIML Liberation.

The 12th state conference of Liberation has started at Moulali Youth Center on Friday. Will continue till 15th May. In his inaugural address on the opening day of the conference, Dipankarbabu made a clear statement targeting the CPM, saying, There is a negative reaction or attitude among the people towards the leftists. ” Seats are also vacant in Ekushey vote. Dipankar has slammed the role of this leftist government.

He slammed the BJP and the RSS, saying “huge opposition unity is needed at the national level to stop the BJP.” All opposition parties, including the Trinamool Congress, must join that unity. Liberation, however, has been demanding from the beginning that an all-out opposition alliance is needed to defeat the BJP. In that case, the left-wing party has called for the opposition to fight under their leadership in the state that is strongest in the state. In that case, Dipankar Bhattacharya has already made it clear that they have no objection to holding the hand of the most powerful party in the state, the Trinamool.

Liberation called for ‘No Vote to BJP’ in the 2021 Assembly polls. The call was made with the consent of party general secretary Dipankar Bhattacharya. Dipankar Bhattacharya even questioned the Left’s alliance with the Trinamool. Left Front Chairman Biman Basu and Dipankar Bhattacharya got involved in an argument. The then state secretary of CPIML (Liberation) claimed that this position of the party was being given to the present ruling party of the state. The party’s state secretaries Abhijit Majumder, Perth Ghosh, Kartik Pal and Swadesh Bhattacharya were present at the meeting. In the case of Bengal, the party will change its position or remain in the old position. That is the main topic of this year’s state conference.

While fishing, the husband drowned in the river in front of...

Parkway Cinema will show Disney’s Encanto for free in exchange for...

If you take care of these special things to avoid high...

Fans are invited to come to sunny leone IG News

SBI SCO Recruitment 2022: Have you applied for Specialist Cadre...

Maharashtra: Is the path to Rajya Sabha easy for Sambhaji...

Court directs to seal the part of Gyanvapi Masjid where...

Who are the saints in politics? – Question from...

Headlines Today: Strike for the 2nd day today condemning the...

Horoscope Today-Day Future; The youth of this pile advance...