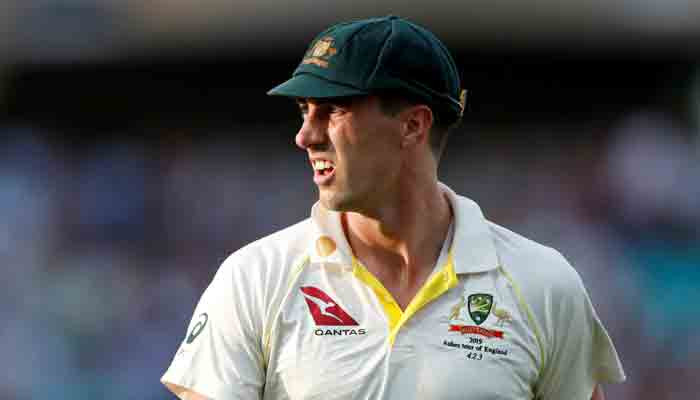 SYDNEY: Australia named paceman Pat Cummins as their Test captain and Steve Smith as deputy on Friday after a sexting scandal led Tim Paine to quit the post last week, just ahead of the Ashes.

On a dramatic day for Australian cricket, the Cummins appointment came hours after it was announced that former captain Paine will take a break from the sport, ruling him out of the home Ashes series against old rivals England.

Cummins becomes the 47th captain of the Australian men´s Test team while Smith returns to a key leadership role, having been forced to stand down as skipper for his part in the 2018 “Sandpaper-gate” ball-tampering scandal.

Cummins, 28, is the first fast bowler to lead Australia since 1956.

After Paine´s downfall for sending lewd text messages, Cummins knows that there will be intense scrutiny of his behaviour on and off the field, especially with the Ashes starting on December 8 in Brisbane.

“When it comes to moral character, I am my own harshest judge,” said Cummins, who takes on one of the highest-profile roles in Australia.

“I am not perfect and there will be things that pop up, but as long as I can sleep at night, I am really comfortable with the rest of that.”

But he has little experience as a leader, despite being elevated to vice-captain in 2019.

Cummins, who described himself as “excited rather than nervous”, said that he will be drawing heavily on the experience of controversial batter Smith, 32.

Smith will have “a bit more of an elevated vice-captain role”, Cummins told reporters.

Smith acknowledged that “there will be some negativity” surrounding his return to the leadership fold, but added: “I am a more rounded individual (than back in 2018) and in turn that´s turned me into a better leader”.

Earlier Friday, Cricket Tasmania said that the 36-year-old Paine would immediately leave all forms of the game for the “foreseeable future”.

The Tasmanian wicketkeeper quit as Test captain a week ago over the public revelation of an exchange of sexually graphic text messages with a female colleague in 2017.

His decision Friday to step out of the limelight altogether put an abrupt end to fierce debate in Australia over whether he should take part in the Ashes.

“Following discussions over the last 24 hours, Tim Paine has advised Cricket Tasmania that he will be taking a leave of absence from all forms of cricket for the foreseeable future,” Cricket Tasmania said in a statement.

While stepping down as skipper, Paine said at the time he wanted to remain a “committed member” of the Australian Test side and was looking forward to facing England.

There had been a groundswell of support in the Australian changing room for Paine to remain in the Ashes side.

Cummins and Smith said that he was very much in their thoughts.

“We really feel for him and his family,” said Cummins, widely regarded in Australia as an all-round nice guy with an excellent cricketing brain.

“He´s a well-loved and respected figure of our team. We love him and hope to see him back in the team soon.”

Cummins is confident that the disruption and scandal of the past week will not affect the hosts´ preparations for the Ashes.

“We are really relaxed and confident,” he said.

The death of an Egyptian football star after the “killer goal”

«Al-Arabi»: One of Mahmoud Haider’s companies won the bids to invest in the club with 43 million dinars

Youth Authority: Great turnout for the “Football Academies” program, which is being held in eight youth centers