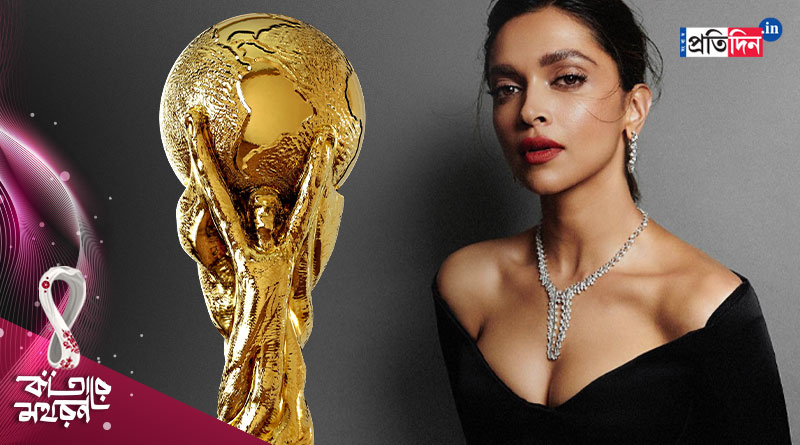 News Daily Digital Desk: Deepika Padukone has brightened the face of the country several times on the international stage. Sometimes her acting caught the attention of Hollywood films and sometimes she made it to the jury list at the Cannes International Film Festival. Now a new feather is going to be added to his crown. This time he will be seen on the stage of the World Cup in Qatar!

What do you think? What role will he be seen in FIFA World Cup 2022? In fact, he is supposed to appear on the final stage of ‘The Greatest Show on Earth’. She will probably be the first actress to unveil the World Cup trophy in the final. The final of the tournament will be held on December 18. According to sources, Deepika will fly to Qatar before that. And on the day of the final, the World Cup trophy will be unveiled in the middle of the stadium filled with his hands. Undoubtedly, it is a matter of great joy and pride for Indians.

Couldn’t qualify for the World Cup. However, the name of this country is closely associated with Qatar World Cup. As India’s role is behind the construction of the stadium there, transformers have been sent from Kolkata for perfect power supply. Nora Fatehi was even supposed to be the first Indian star to perform on the opening stage of the World Cup. Although finally the B-town beauty was not seen dancing at the inauguration. But later he caught the attention of FIFA fan zone. And this time it is heard that the bright presence of the Indian can be noticed on the stage of the final as well.

It is to be noted that after becoming a jury member at the Cannes International Film Festival, Deepika’s name came up in the list of top ten beauties by ‘Golden Ratio of Beauty’. He became the owner of this unique feat as the only Indian. If the news of being in the World Cup final is true, it will be a big achievement for Deepika and the whole country.