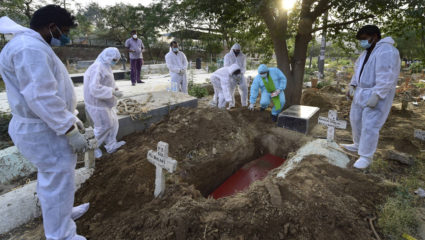 New Delhi, A decline in the corona graph was recorded in the national capital Delhi on Monday. According to the bulletin issued by the Health Department, 1,227 new cases have been reported in the state in the last 24 hours. Whereas, 08 people have died due to infection. With this, the total number of infected has increased to 19,85,822 and the death toll has reached 26,389. At the same time, after 2,130 people recovering from corona in the state today, the number of people who have recovered from the epidemic has increased to 19,51,914.

According to the data released by the Health Department, a positive rate of 14.57 percent has been registered in the state today. With this, the number of active patients has gone up to 7,519. There are 5,760 patients in home isolation and 532 in hospital. The department said that in the last 24 hours, 8,421 samples were tested for corona in Delhi, including 7,639 RT-PCR and 782 antigen tests. So far 3,97,29,246 samples have been tested in the state.

An opportunity to serve the Lord directly to the devotees.. From 11th of this month Sri Venkateswara Vaibhavotsavam..– News18 Telugu IG News