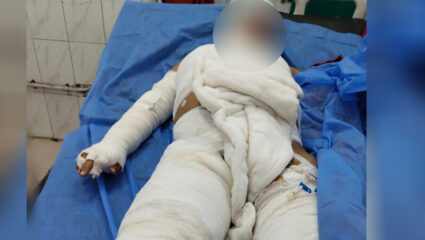 New Delhi: A shocking incident has come to light in the national capital Delhi. A man allegedly doused his 7-month pregnant wife with petrol and set her ablaze in North West Delhi’s Bawana. The woman’s in-laws were also allegedly involved in this heinous crime. Swati Maliwal, chairperson of the Delhi Women’s Commission, has issued a notice to the Delhi Police seeking an answer regarding this matter.

DCW President Swati Maliwal has made a tweet regarding this case. He wrote, “In Bawana, a 7-month pregnant woman was burnt by her husband and in-laws by pouring petrol on them. The girl suffered severe burns and is now undergoing treatment at the hospital. We have issued notice to Delhi Police. We are also providing all possible help to the victim. Crime is increasing in Delhi!