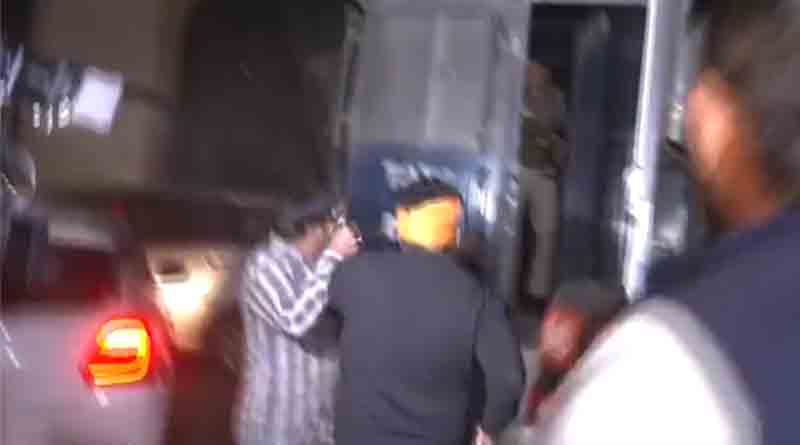 News Daily Digital Desk: Attempted assassination of Aftab Poonawala, the prime accused in Delhi Shraddha Walker’s murder. Two members of the Hindu Army attacked him with a sword on his way back from a polygraph test on Monday evening. A lot of excitement spread around this incident. According to Delhi Police sources, blank shots were fired to bring the situation under control.

On this day, Aftab was taken to FSL office in Delhi for polygraph test. While leaving there, two men with swords tried to attack him. The attackers identified themselves as members of the Hindu Army. However, Aftab was not injured. He was quickly put into the prison van. Even then the situation was not under control. The sword wielders tried to attack by opening the door of the prison van. But did not succeed.

A car was parked in front of the prison van outside the Forensic Science Laboratory that day. As soon as Aftab came out of the laboratory, they attacked him. The police immediately dragged Aftab into the prison van. The names of the two attackers have been identified – Nigam Gujjar and Kuldeep Thakur.

The attackers claimed, “The way Aftab killed Shraddha, she has no right to live.” Delhi Police arrested the attackers. Meanwhile, Hindu Sena All India President Vishnu Gupta said, “The whole country saw how a Hindu woman was cut into pieces.”

On May 18, her boyfriend and live-in partner Aftab Amin Poonawala killed her lover Shraddha Walker in Delhi’s Mehrauli. Aftab cut Shraddha’s body into 35 pieces after the murder. Then he started throwing it in different places of Delhi city. The young woman left family, job, city and moved to Delhi in love with Aftab. However, his fate is tragic. Police have already arrested Aftab. He is being taken to the court virtually as there are fears that his life may be in danger. On that day, Aftab was released from jail to take a polygraph test. There he was attacked.

‘Peg Shag’, singer Luv Gill in front of the audience with the song IG News