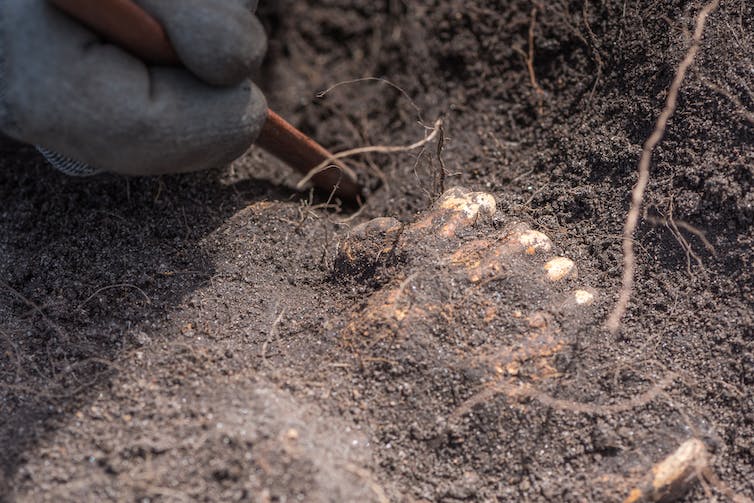 We often think of the Vikings as the ultimate explorers, taking their culture with them to distant lands. But we might not usually think of Viking Age Scandinavia as a center of migration from across Europe.

In a study published in Cell, we show that this is exactly what happened. The Viking Age (late 8th to mid-11th century) was the catalyst for an extraordinary influx of people into Scandinavia. These movements were greater than in any other period we analyzed.

It is also striking that later Scandinavians do not show the same high degree of non-local ancestry present in their Viking-era counterparts. We don’t fully understand why the genetic influence of migrants waned in later Scandinavians, but there are some possibilities.

We analyzed genomes (the full complement of DNA contained in human cells) from nearly 17,000 Scandinavian individuals, including about 300 from ancient burials. We combined the existing dataset with the new samples. These were analyzed together in a dataset of 2,000 years.

We used these genomes to work out when people came from outside and where they came from. New DNA samples were collected from several iconic Swedish archaeological sites.

These include Sandby Borg, a “ring fort” where a massacre took place just before 500 AD, and the Wendel Cemetery, which contains several graves contained in large naves and dating from between the 6th and 8th centuries AD. . We also used samples from the Viking Room burials and the remains of the Kronan, a warship that capsized in 1676 with more than 800 people on board.

Two previous studies noted widespread migration to Scandinavia during the Viking Age. But in our latest study, we have clarified some of the details about this flow of genes in the region.

We found that while movements of people from western Europe affected the whole of Scandinavia, migration from the east was more localised, with peaks in the Lake Mälaren valley and Gotland. Finally, gene flow from southern Europe largely influenced the south of Scandinavia.

Since the study was based on a chronology of 2,000 years, it was not possible to see that there was an increase in migration during the Viking Age, but also that it began to decline with the beginning of the medieval period.

Non-local lineages arriving in the region at this time become extinct in a later period. Most genetic influences from Eastern Europe disappear and western and southern influences are greatly reduced. The best way to explain this is that the people who arrived in Scandinavia during the Viking Age did not have as many children as the people already living there.

We also looked at effects that started at earlier times. For example, the DNA of modern Scandinavians changes gradually as you travel from north to south. This genetic “cline”, or gradient, is caused by migrations into an area of ​​people with shared genetic similarities known as the Uralic component.

Modern examples of where a Uralic genetic component can be found are the Sami people, modern Finns, some Native Americans, and some Central Asian groups.

In our dataset, we found occasional examples of people of Uralic ancestry – mainly in northern Scandinavia – during the Viking Age and medieval period. But Uralic influence appears to have increased after this time, as individuals in our 17th-century sample have similar levels of this ancestry to those living today.

There were many more fascinating stories from our study. For example, at the Viking Age burial site of Sala on the banks of the Sagan River, we find a woman who appears to be entirely British or Irish in her genomic composition. This woman was buried in an iconic Viking Period boat burial. We do not know what position she held in society, but she would not have been a slave or a priest.

Among the individuals found on the wreckage of Kronan, there were two people who came from what is now Finland and another with genetic links to people from Baltic states such as Lithuania and Latvia (although this identification is not conclusive). At the time of the Kronen Incident in 1676, these areas were part of the Swedish Empire, although today they are independent.

‘I hope the Center will pay the due money to Bengal quickly’, claims the Governor – Khabar 24 hours IG News