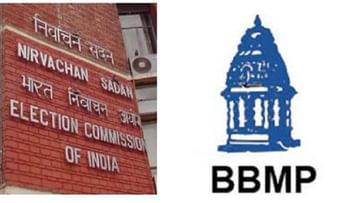 The Central Election Commission has intervened and suspended two IAS officers in the voter ID illegal case in Bangalore.

Special officers outside BBMP should be appointed for supervision. Scrutiny of voter lists should be conducted by the authorities. Any direct or indirect use of illegality should be ascertained. The Election Commission has instructed all the officials to find out about the collection of documents by the political parties.

Dinesh Karthik on Shikhar Dhawan | Who is the ‘Gun Player’ of the Indian cricket team, know Dinesh Karthik’s big statement about this...

If BJP is the biggest party in India, is it ready to compete alone in Tamil Nadu? IG News

Now fruits, vegetables and spices will be planted in the air; Know what is the new aeroponics technology? – Marathi News |...

Netanyahu will form the most right-wing government in the history of Israel, alliance with the controversial Noam party IG News

WOW: Sister became a police officer, brothers walked around the village on their shoulders IG News