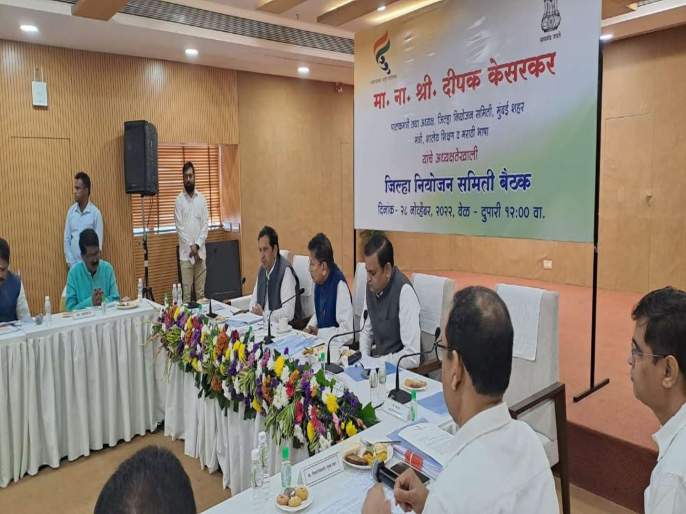 Mumbai – The issue of encroachment on the Shivdi Fort, which tells the history of Mumbai, was stalled for the past several years. Due to the neglect of this fort, the fort was deprived of tourism. The shocking thing is, will the history of these forts also disappear due to encroachments? Such fear was created. However, Guardian Minister Mangalprabhat Lodha informed that it has been decided to form a committee to remove the unauthorized construction on Shivdi Fort in the Mumbai city district planning meeting.

In the committee formed to remove the encroachments, the Collector, Mumbai Municipality Ati. It will include Commissioner, Archaeological Department, as well as Deputy Commissioner of Police. City Guardian Minister Deepak Kesarkar was also present in the district planning committee meeting. The area of ​​encroachments around Shivdi, Worli fort is so extensive that no person can enter the fort directly. Two to three storied houses have been erected under the fort. Interestingly, the government has imposed a penalty of 3 months imprisonment and a fine of Rs 5,000 against the trespassers at the entrance of the fort.

Participated in Mumbai city district planning meeting, in the meeting it was decided to form a committee to remove unauthorized construction on Shivdi Fort!

In this committee, Collector, Municipality Ati. It will include Commissioner, Archaeological Department, as well as Deputy Commissioner of Police.
On this occasion the Guardian Minister Shri @dvkesarkar were present. pic.twitter.com/YXaSCNLDeG

Shivdi Fort
The Shivdi Fort is registered as a Grade One Heritage Structure under the State Archeology Department and Museum, Government of Maharashtra. The first phase of the rehabilitation of this fort is underway under the Mumbai Fort Circuit Project. Adjacent to the fort is a wetland that welcomes migratory birds, especially flamingos. Hence, this fort is considered best for bird watching.

Web Title: Encroachment on Shivdi Fort will be removed; Decision of State Govt