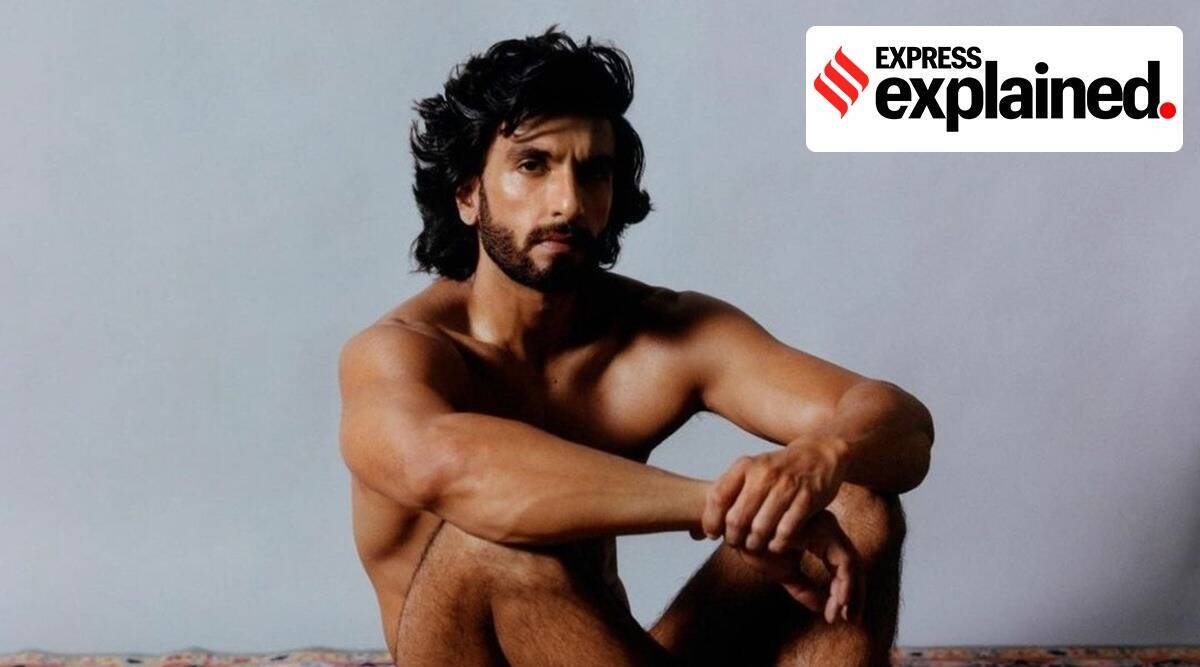 Last month, the police registered a case against her for posting her nude pictures on social media. Pictures from Ranveer’s nude photoshoot for a New York-based paper magazine have been released.

What is the reason for registering an FIR against Ranveer Singh?

A lawyer and an individual running an NGO approached the police separately. The Chembur police registered the FIR based on the statement of contractor Lalit Dexandani (50), who runs the Shyam Mangaram Foundation, which works for widows and children of farmers who committed suicide.

Lalith Dexandani has said that when he zoomed in on a photograph of Ranveer Singh, he felt the actor’s private parts familiar. According to the complainant, on investigation regarding the photo, it was found that Ranveer had done a photoshoot for a paper magazine and he would have earned a lot of money. But he said it would encourage youngsters struggling to break into the film industry to take up similar activities to earn money and fame.

Under which sections has the police registered a case?

Police have booked Ranveer Singh under sections 292, 293 and 509 of the Indian Penal Code (IPC) and section 67A of the Information Technology Act, 2000. Sections 292 and 293 are colonial-era provisions introduced by the Obscene Publications Act, 1925.

Under section 292 (sale of obscene books, etc.), a book, pamphlet, paper, writing, drawing, painting, representation, figure or any other material, if it is lascivious or appeals to sensual interest, the effect of which is to read, see or hear the contents It is considered obscene if it tends to degrade and corrupt vulnerable persons.

In 1969, section 292 was amended to include exceptions for obscenity charges: the material was justified in the “public interest” (in the interest of science, etc.); or material held “honestly for religious purposes”; or sculptures or any ancient monument.

Section 509 deals with a word, gesture or act that insults the dignity of a woman or invades the privacy of such woman. Punishment with imprisonment for one year and/or fine of Rs.1,000.

How have courts determined obscenity over the years?

Until 2014, courts in India relied heavily on the ‘Hicklin test’ to determine whether any content was obscene or not. In the case of Regina v. Hickle (1868) in England, the Hickle test justified obscenity based on “the tendency of the matter charged to be obscene to defile and corrupt those open to such influences”.

In the case of Ranjit D Udeshi vs Government of Maharashtra (1964), the Supreme Court ruled against rejecting the Hicklin test. Udeshi, a bookseller, appealed against the conviction under Section 292 for selling defaced complete copies of Lady Chatterley’s Lover by DH Lawrence.

In the same ruling, the court held that intercourse or nudity was not sufficient to constitute depravity and therefore obscene exposure. The court held that the obscene part must be scaled against the entire work; Also, the obscenity is considered justified if the obscenity is in the public interest and not so serious as to undermine the public interest. The 1969 amendment added “public benefit” to various exceptions.

In the case of Aveek Sarkar & Anr vs State Of West Bengal and Anr (2014), the Supreme Court held that Hicklin’s test is not a valid test to detect obscenity. The case concerned a nude photo of tennis great Boris Becker and his black fiancée Barbaba Felts, published in the German magazine Stern and reprinted in Sports World magazine in India and Anandabazaar magazine. The court ruled that the obscenity of the question must be seen in the context and the message it seeks to convey. In its judgement, the court said, “The message the photograph wants to convey is that skin color is of lesser value and the love of champions is greater than color. “The film promotes a love affair that leads to marriage between a white man and a black woman.”

In what other cases have the police used the obscenity rules?

In November 2020, a case was filed against actor and model Milind Soman for uploading a picture of him running naked on a Goa beach. In 1995, Soman along with his then-girlfriend Madhu Sabre posed nude with a python for an advertisement, following which they were booked for obscenity and later acquitted in 2009.

Get all news of Tamil Indian Express instantly on Telegram app https://t.me/ietamil

Some are 51 and some are 61! You will be shocked to know the real age of your favorite Bollywood actor IG News