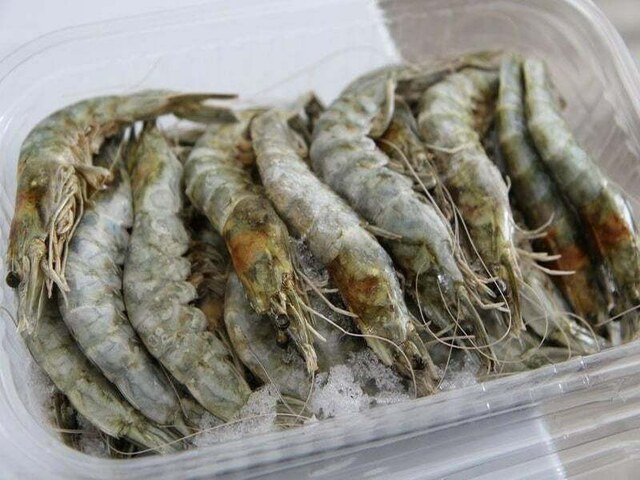 Karachi: Exporters on Thursday attributed the decline in seafood exports to the sanctions issued by various countries on the country’s fishery products.

He said that due to the continuation of various restrictions imposed by many countries on seafood of Pakistan, the foreign exchange earnings by this sector will decline.

The data released by the Pakistan Bureau of Statistics is indicating a decline in seafood exports during December 2022.

Exporters said fish exports declined by 16.82 per cent per average unit value in the world market amid fears that the continuing trend may hinder the country from reaching the export target of the last fiscal.

Although the country increased its seafood exports by 12.20 per cent during the last six months of this fiscal year 2022-23, exporters termed the increase as “marginal”.

Seafood average unit price has declined by 5.4 per cent in the past six months, which exporters said, could drag down exports by the end of this financial year.

He added that shrimp and Siluriformes catfish exports to the United States have also been banned due to Pakistan’s non-compliance with turtle protection measures.

Countries like Saudi Arabia and even China have imposed strict restrictions on seafood imports from Pakistan. He said that apart from Qatar, some other countries have also banned the country’s fish products.

But, Arab countries have however given permission to import sea food from India. He urged the government to take forward talks with all embargoing countries to help restart fish exports.

These restrictions continue to hamper the country’s seafood export growth, as exporters believe that Pakistan can multiply its export earnings if such unwanted restrictions are removed.

Only three companies export seafood to the EU, as its ban over the past 15 years hindered other exporters from negotiating the trade deal. The EU ban went into effect in 2007 because of a systemic failure in the quality assurance programme, he said.

Seafood exports to EU countries can resume once the European Commission inspection mission area for Pakistan reviews whether its compliance was met by the country’s competent authority.

Exporters are unhappy with the procedures and plans of the competent authority, alleging that they are “reluctant” to invite the inspection team.