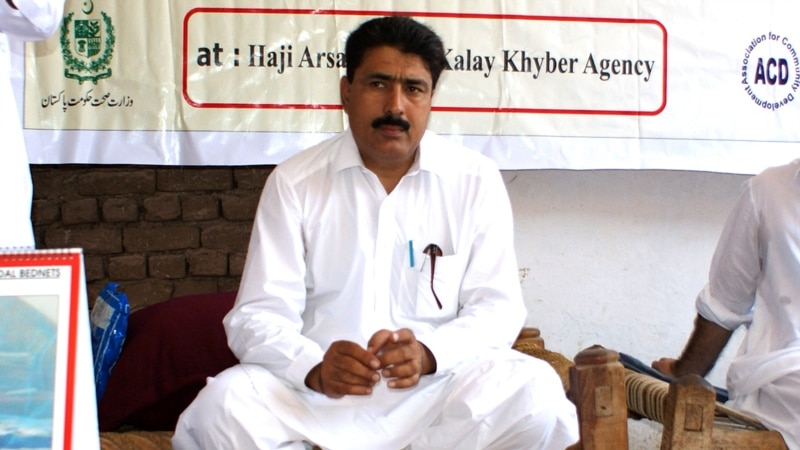 The family of Dr. Shakeel Afridi, who was jailed on charges of allegedly assisting US intelligence in locating al-Qaeda leader Osama bin Laden’s Abbottabad residence, has claimed that his health is critical while he is in prison. Treatment facilities are not being provided.

Dr. Shakeel Afridi’s brother Jamil Afridi told VOA that his brother is imprisoned in Sahiwal Jail in Punjab. They suffer from a number of ailments, most notably dental caries, which makes it difficult for them to eat properly. They also have skin diseases and other ailments.

According to Jamil Afridi, he is in touch with his brother who said that Dr Shakeel Afridi had applied to the government about a month ago through the superintendent of Sahiwal Jail for the provision of medical facilities but this request was not granted. ۔

Jamil Afridi claims that the life of imprisoned Dr Shakeel Afridi is in danger. However, he did not specify the basis on which he was making the claim.

In Abbottabad, US forces killed al-Qaeda leader Osama bin Laden in a covert operation on May 2, 2011, a month after Dr Shakeel Afridi was arrested in June 2011.

He was later sentenced to a total of 33 years imprisonment and a fine of Rs 2.3 million on May 23, 2012 under the then prevailing Frontier Crimes Regulation (FCR) in the tribal areas.

Commissioner Peshawar Division later granted the petition and reduced the sentence and fine. The government had appealed against the decision to the FCR tribunal, while Dr Shakeel Afridi had filed an appeal through a lawyer seeking dismissal of the cases and release.

Following the integration of the tribal areas into Khyber Pakhtunkhwa, Shakeel Afridi’s case was moved to the Peshawar High Court in October 2018, along with other cases.

The administrative commissioner of Peshawar, Sahibzada Muhammad Anis, who commuted the sentence of Dr Shakeel Afridi, later died on October 16, 2013 in a mysterious fire incident in Islamabad. Samiullah Afridi, a lawyer following Dr Shakeel Afridi in court, was killed in March 2015.

Dr Shakeel Afridi was arrested and convicted under the previous FCR law for allegedly treating militants linked to the banned militant group Lashkar-e-Islam. However, some observers have accused him of collaborating with US intelligence to identify the residence of al-Qaeda leader Osama bin Laden in Abbottabad. To this end, Dr. Shakeel Afridi used the polio vaccination campaign.

Shakeel Afridi was imprisoned in Peshawar Jail after being convicted in May 2012. However, he was transferred to Sahiwal Jail in Punjab in August 2018 where he is still incarcerated.

According to Jamil Afridi, Dr. Shakeel Afridi is being mistreated in jail.

Punjab’s Minister for Prisons Fayyaz Al-Hassan Chouhan hung up when VOA contacted him about the complaints of Dr. Shakeel Afridi and his brother.

Despite repeated attempts by senior KP government officials to take a stand on health issues facing Dr Shakeel Afridi in jail, he could not be reached. While administrative officials are not ready to address this issue. In the past, Khyber Pakhtunkhwa Information Minister Kamran Bangash had told the media that Shakeel Afridi was being treated in accordance with the law.

Jamil Afridi said that Dr. Shakeel Afridi was arrested and punished under the FCR law prevailing in the tribal areas. However, he has been handed over to the federal government and kept in Sahiwal Jail in Punjab, which is a gross abuse.

According to him, it is very difficult to meet or contact Dr. Shakeel Afridi in Sahiwal Jail. He demanded transfer of Dr Shakeel Afridi from Sahiwal to Peshawar Jail.

Shoaib Malik and Sania Mirza stopped their son Azhan from calling him ‘Papa’ and asked him to call his father by what name? ...

Rana Shamim’s request to be included in ECL rejected

Corona’s new variant, Omi Kron, has been added to Category C countries due to the threat