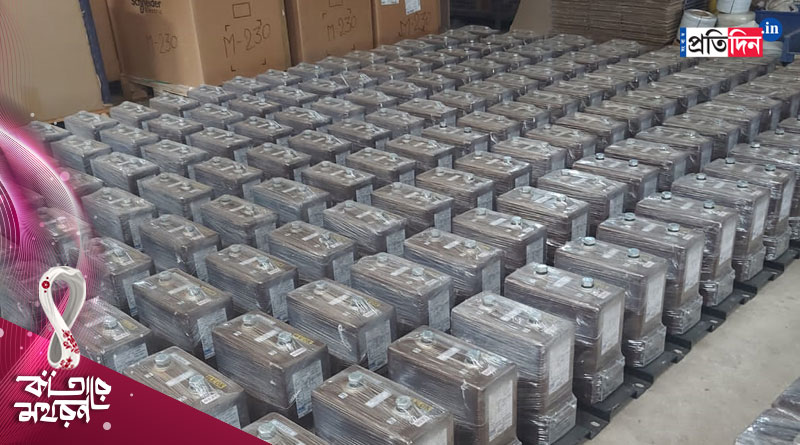 Dibyendu Majumder, Hooghly: The football season has started in Qatar. The glittering stadium, thousands of watts of light, the bright lights around the stadium, are all being witnessed by football lovers from all over the world. But do you know, behind this perfect illumination of Qatar is the hand of a company in Bengal? Current Transformer went to the World Cup stage from Kolkata.

30,000 current transformers made in Kolkata are playing an important role in the World Cup in Qatar for the development of electricity system infrastructure. The importance of this transformer of switch gear is immense to complete the world cup football smoothly. These transformers continuously regulate the power supply system.’

Subodhbabu was saying, “Since the construction of stadiums in desert areas and development of surrounding areas requires electricity first, he himself first went to Qatar two times and installed current transformers with this switch gear in different areas. Subodhbabu said that the function of current transformer is to identify any noise in the electricity connection immediately. As soon as the noise was detected, the power line was disconnected. So that no disaster happens. Besides, this current transformer indicates how much electricity is being used in the power line. Subodhbabu said, as an Indian, he is proud of the role that this electrical equipment made in their factory is playing to maintain uninterrupted power supply during the World Cup (Qatar World Cup).

396.4 crores: yes, that is the number of video gamers in India IG News

396.4 crores: yes, that is the number of video gamers in India IG News

PM Modi’s 4th meeting in Saurashtra in last one and a half month, fear of AAP or other reason… IG News