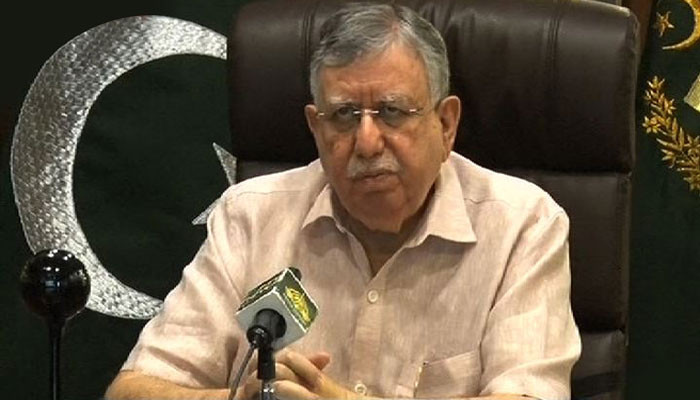 Finance Minister Shaukat Tareen says that we should not do any politics with the poor, banks have the resources, the government does not have fiscal space, commercial banks are not near the homes of the poor, they are in big cities.

Finance Minister Shaukat Tareen while addressing a post-budget press conference regarding the budget 22-2021 presented yesterday said that it is the grace of Allah Almighty that He has given us some understanding.

“Commercial banks are not close to the homes of small farmers. The fraternity has given small loans of Rs 150 billion with a recovery of 99%. We thought of giving loans through them, RSP and the fraternity have been guaranteed,” he said. , 4 million will contact the lower class first.

Shaukat Tareen said that the farmer will be given Rs 1.5 lakh for each crop, in urban areas a family member will be given a loan of Rs 5 lakh so that he can do business. In this budget, Allah Almighty helped us for the poor. Become a resource, now the effects of economic recovery will reach the poor.

He said that interest free loan of up to Rs. 5 lakh will be given to the poor farmers, every poor family will be provided shelter, health card is health insurance, they will teach the skills wherever they are needed, our challenge is to grow. To stabilize, we have presented a total growth budget.

He said that loans would be given to small welfare banks from commercial banks, in the first phase 4 million people would be employed, banks would also be given lists of small farmers and the poor, one person from poor families would be trained.

Finance Minister Shaukat Tareen said that additional tax of Rs 500 billion will be collected in the next financial year, will reach non-filers through electricity and gas bills, large retailers have sales of Rs 1,500 billion, sales tax will be levied on all major stores. Yes, consumers will be rewarded if they get a fixed slip, such successful schemes come in Turkey and other countries.

He said that the budget has provided tax relief to various sectors, will provide health cards across the country, the target is to increase the growth rate to 20% in 8 to 10 years, it is necessary to control the ratio of imports to exports Yes, decisions are made with the future in mind for sustainable development.

Big blow to India, blood came out of Rohit Sharma’s hand after being hit by the ball, taken to hospital IG News