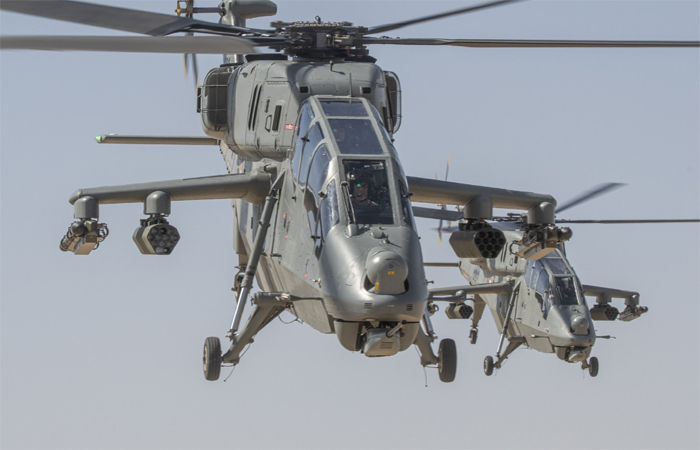 – Able to destroy targets 700 km away from a height of 6500 meters, the range of ‘Prachand’ is more than that of the American Apache.

– There is no better occasion than to hand over Prachanda to the Air Force in Rajasthan, the land of warriors: Rajnath

New Delhi: India has achieved another success in the defense sector. Prachanda, the first indigenous war helicopter made in India, has been inducted into the Indian Air Force and Army. This aircraft will be deployed along the China-Pakistan border. The availability of light weight but dangerous to enemy (LCH) type helicopters has increased the capability of the army. 10 such helicopters have been handed over in the presence of Defense Minister Rajnath Singh and Air Chief Marshal VR Chaudhary in Jodhpur, Rajasthan. Meanwhile, Rajnath Singh also flew in this helicopter.

Meanwhile, Union Defense Minister Rajnath Singh said that with this indigenous combat helicopter, not only the security of the country will be strengthened, but also the indigenous production in the defense sector will be encouraged. There could be no better time to induct this helicopter into the Air Force from Rajasthan, the land of warriors, on the occasion of Navratri. Air Force Chief Chaudhary said that these helicopters have proved their capability even in the Himalayan mountains. The specialty of this helicopter is that it can face enemies in every season. Also, the capability of this helicopter is such that it can destroy the air defense system of enemy countries.

Features of the ‘Gigantic’ Helicopter

‘Colossal’ can attack even at night, will prove more deadly against China

– Air-force officials say these advanced light helicopters share similarities with the Dhruva in having ‘stealth’ capability (the ability to evade radar), a special armored defense system capable of operating at night. So even at night they can find the enemy troops and attack them.

– It has two engines weighing 5.8 tonnes that drive two propellers. The firing of various weapons in it has already been tested.

– Helicopters have several features that make them very useful choices for the army during war. It is also useful in detecting the enemy and in self-defence and in destroying the enemy’s air defenses and can also be useful in anti-terrorist operations.

– These helicopters can be used to assist the army in ‘bunker busting operations’ even in high altitude areas and in anti-terror operations in cities and forests.

– There are missiles, 20 mm turret guns, rocket systems and other lethal weapons for air to air attacks. This helicopter can shoot down Chinese drones with missiles. Also can destroy Chinese tanks.

– The helicopter is designed in such a way that during emergency landing or crash the helicopter will not be damaged much.

The aim of the circle is to give employment to one lakh young people! A total of 41,710 posts have been appointed so...

Solapur: Unfortunate death of 12 Kalvits after falling from the flyover on the highway IG News