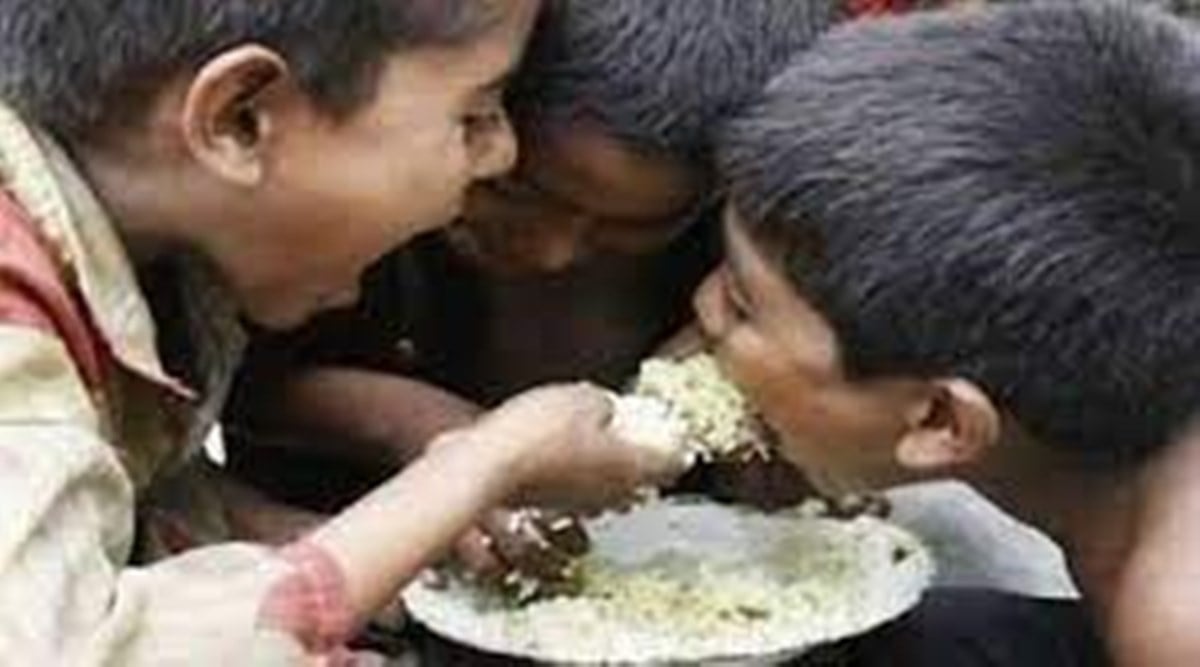 Domestic food accounts for sixty-one percent of the total food wasted in the world. Not only this, up to six million glasses of milk are wasted every year. It is a matter of concern that in the next four decades, 400 million people in the world will be facing the crisis of starvation.

According to the United Nations, the food crisis in the world is deepening rapidly. If this situation continues, by 2050, there will be a situation of struggle for food all over the world. If bread has been considered as a basic need of man, then food is an essential ingredient to fulfill that need. In such a situation, it becomes necessary to ensure the availability of sufficient quantity of food grains to save humanity. But recently the United Nations has expressed concern that in the current situation, the world has only seventy days of food storage left.

Of course, Russia’s attack on Ukraine has made the situation dire. Russia and Ukraine together supply a quarter of the world’s grain supply. But Russia’s attack has devastated Ukraine’s systems. This is Ukraine, which is called the bread basket of Europe because of its food production capabilities. In Russia, wheat has grown well in the last season, while natural disasters have reduced food grains in the countries of America and Europe. This situation has increased the world’s dependence on Russia. On the other hand, due to the ban on the export of wheat by India, the faces of those countries who had expected additional help from India in such a situation are disappointed.

However, India has its own reasons for banning wheat exports. The first duty of the democratic government of any country is to protect the interests of its citizens. In view of the food crisis arising in neighboring Sri Lanka and the increasing shortage of food grains in the world, the Government of India felt it necessary to first ensure the food security of the country. In such a situation, banning the export of wheat was the only option. The example of Sri Lanka, where food shortages led to violent demonstrations, was a testament to how a food crisis can plague and plague any society.

In the world, when a large part of the population spends life worrying about food, then in such a situation the wastage of food becomes a matter of concern. According to a United Nations report, a third of the total food produced in the world still goes to waste. This wastage can either be due to the leftovers in the plate, or due to the discarded food being thrown away or spoiled. Experts estimate that the amount of food that is spoiled in this way can fill the stomachs of two billion people. Waste of food or grains is not considered auspicious in Indian society, but the study has revealed that every year in India, grains, vegetables and other food items are wasted in such large quantity that the population of a state like Bihar is wasted in that quantity. The requirement can be met throughout the year.

According to the report of the Central Institute of Post Harvest Engineering (CIFAT), the Crop Research Unit of the Ministry of Agriculture, Government of India, about six million tonnes of food items are wasted every year in India. The cost of this wasted food is fifty-two thousand crore rupees. What is important is that as much food is wasted in India, so is Britain’s total production capacity. This is the reason that despite being the second largest food producing country in the world after China, the situation of food distribution in India does not seem very pleasant at times. The main reason behind the wastage of fruits, vegetables and food grains apart from the left over food items is the lack of proper and adequate system of storing them. Twenty-two percent of fruits and vegetables are thrown away every year due to lack of cold storages. Pictures of rotting wheat filled in godowns are often published in the newspapers.

Certainly the Russo-Ukraine war has crippled food supplies in the West, but the truth is that this war has only shown a glimpse of the horrors that the world may face in the years to come. In fact, due to the rapidly increasing population in the world, the need for residential houses and other constructions is increasing. Usually, every development plan throttles a significant portion of the agricultural land in the area concerned.

Whether the plan is for the construction of new highways or the establishment of an industrial unit outside the city or any new housing scheme. The result is that while the number of eaters is increasing continuously, the area under cultivable land is continuously decreasing. According to a rough estimate, by the year 2050, the world’s population will exceed one thousand crores. That is, compared with the figures of the year 2017, seventy percent more food will be required in the year 2050. Whereas every year seven hundred and fifty million tonnes of fertile soil is being lost from the earth. Obviously, if meaningful alternatives are not discovered soon, there will be a big crisis of producing food grains in sufficient quantity for the entire population.

When a large part of the population is compelled to search for food even from the garbage heap, then the wastage of even a grain of food appears to be a great crime against the entire humanity. But knowingly or unknowingly we are all committing this crime. Studies have found that the most wasted food in the world is not made in restaurants or hotels, but in homes. Domestic food accounts for sixty-one percent of the total food wasted in the world. Not only this, up to six million glasses of milk are wasted every year. It is a matter of concern that in the next four decades, 400 million people in the world will be facing the crisis of starvation.

The United Nations Food and Agriculture Organization says that there is a continuous shortage of food and other food grains in the world. One, the cultivable land is decreasing due to population pressure, not only the changed methods of farming and chemical fertilizers, the climate crisis has also started adversely affecting the yield of agricultural land. That is why now scientists are warning that if water, life and agricultural possibilities are not discovered on other planets in time, then the time to come will be a time of many troubles, because if the population will increase then the demand for food will increase and if people from the earth If the food could not be produced as per the demand of food grains, mutual conflicts will increase due to food grains and these conflicts will disturb the harmony and peace in life everywhere. In such a situation, it is very important that we understand the importance of every grain of food.