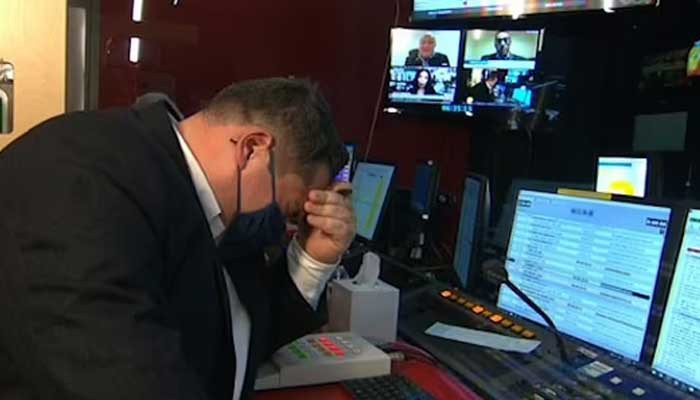 Presenters Ben and Susanna lavished praise on Erron, saying: “He was there on the very first day. We are very proud of what Erron has done.”

Meanwhile, Andi Peters went all out as he headed to New York City and showed that the team had taken over a billboard in Times Square, filming Erron’s name up in lights.

Erron was immediately left in tears as he appeared on camera, admitting: ‘You’ve broken me at 6:30.’

He added: “Thank you to everyone here, that really means a lot.”

Earlier this year, it was announced that Erron would be taking on a new role as Executive Creative Director at News UK Broadcasting, joining former Good Morning Britain presenter Piers Morgan’s new series.