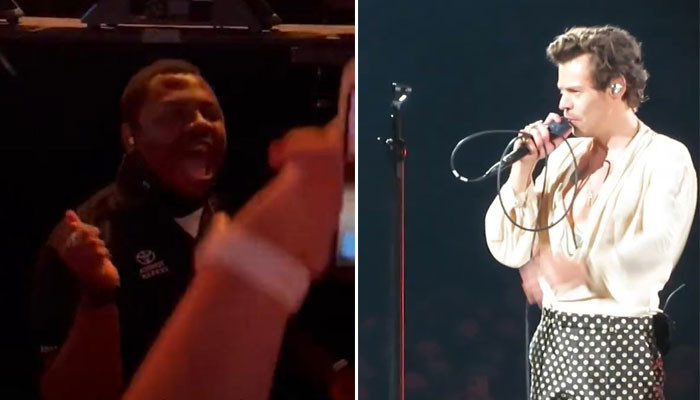 Harry Styles’ event security guard at the Love on Tour show starts dancing the night away during the What Makes You Beautiful performance.

A video of the guard’s dancing and singing skills were captured by concertgoers during the performance at Houston’s Toyota Center earlier this week.

The former One Direction member held the concert in order to promote the 2019 album titled Fine Line.

The song had a solo spin but that didn’t stop the security guard from joining in on the fun.

The guard mouthed the words, bobbed his head, stole hearts and even went viral on TikTok.

The guard’s performance was captured just underneath Harry’s stage and fans could see both singing along to the beat within the same frame.

Check it out below: