Imran: On COAS selection, I am in touch with Alvi IG News 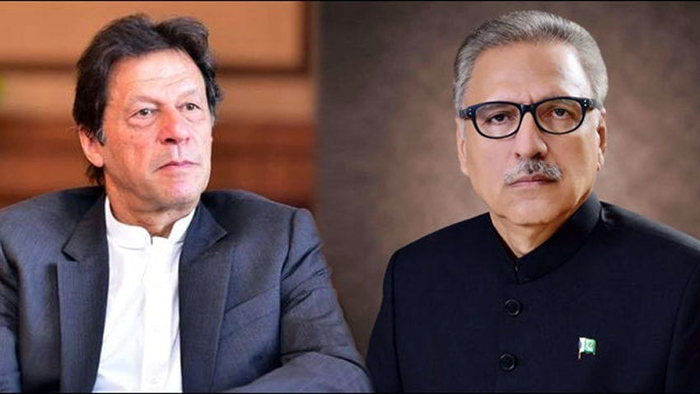 PTI leader Imran Khan on Wednesday said that President Arif Alvi is in touch with him and will discuss with him the choice of the new army chief as he is the leader of the party.

He claimed that since I am the leader of the party, the President can speak to me if the Prime Minister can communicate with an “absconder” (a reference to PML-N supremo Nawaz Sharif).

“I am in touch with the President regarding the summary of an important appointment. He will talk to me about everything. I am a party leader as the Prime Minister turns to a fugitive,” Imran said in an interview with a private news station. claimed in

He continued, “The President will certainly resolve the issue with me. I have no idea who he will appoint, but the President and I have decided that we will play this within the confines of the law and that the law and the Constitution.” I am, he will.

The controversy began earlier this month when it was widely reported that Prime Minister Shehbaz Sharif allegedly traveled to London to consult with the elder Sharif about the new post.

The meeting has drawn harsh criticism from the PTI, which claims that a person who does not hold public office and has “run away” from the law should not participate in the discussion on what is considered the most important appointment in the nation.

It is important to note that Prime Minister Shehbaz Sharif will consult General Qamar Javed Bajwa on Thursday regarding the choice of his successor.

Once the decision is made, the prime minister will suggest to President Arif Alvi to nominate the general as the new army chief. However, it is not clear whether Alvi, who had earlier refused to support a move by the PML-N-led government, will accept the recommendation or send it back for revision.

The post Imran: On COAS selection, I am in touch with Alvi appeared first on Daily The Patriot.