The Sindh government issued a notification to open educational institutions across the province from Monday, June 7.

According to the notification issued by the Sindh Education Department, educational institutions from class IX to XII will be open from June 7. All private and government schools and colleges will also be opened from Monday.

Instructing the teachers to attend the educational institutions tomorrow, it has been said that the teachers should vaccinate themselves within 2 weeks and legal action will be taken against the teachers who do not follow the instructions. 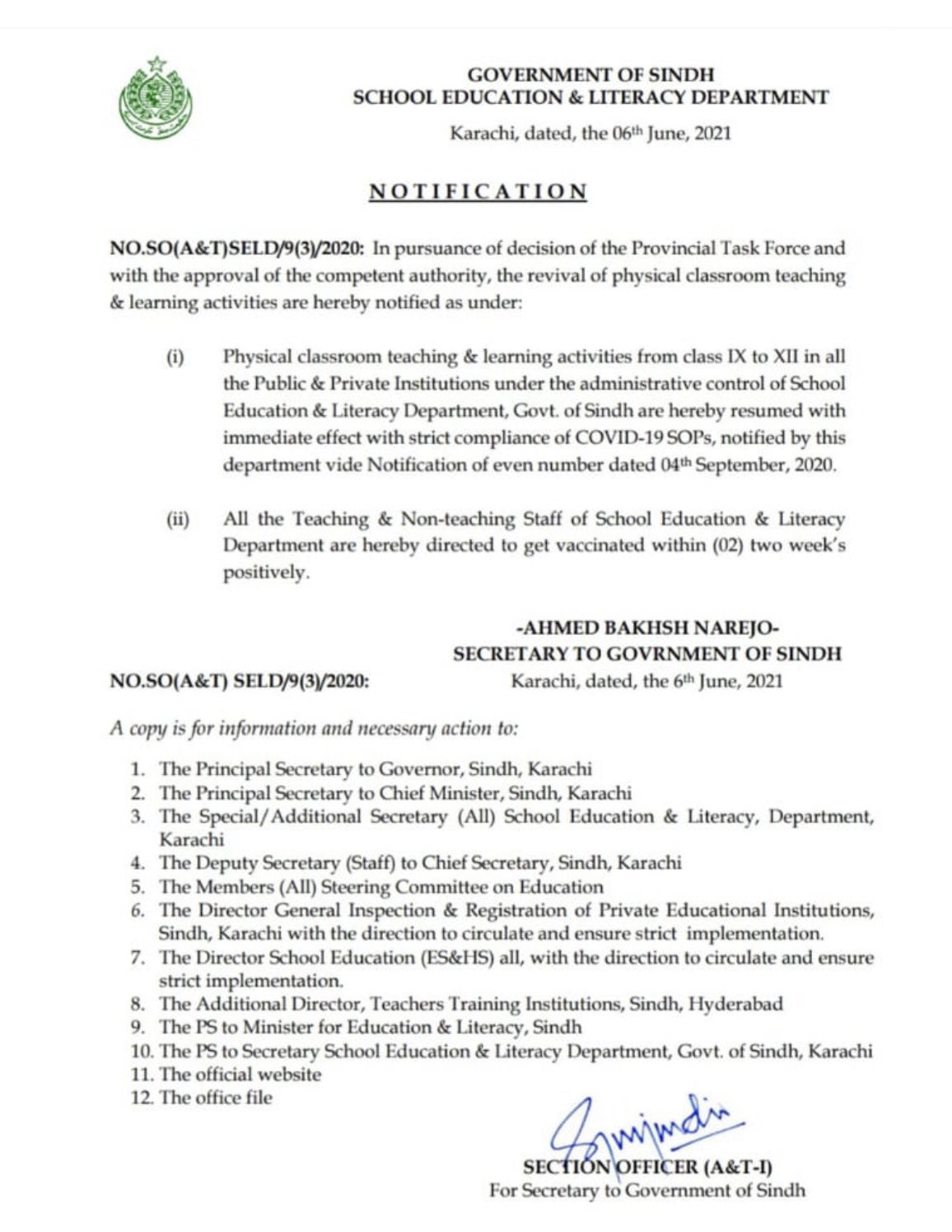 Saeed Ghani tweeted that Sindh Karuna Task Force has decided to open educational institutions in Sindh from tomorrow, June 7, with strict SOPs and 50% attendance for ninth and upper classes. The coronavirus will be vaccinated.

Opposition’s pistons are sitting and there is garbage in the plug, Sheikh Rashid – IG News

The budget is a manipulation of words, Samar Haroon Bilour – IG News

irshadgul099 - May 3, 2021 0
Regarding the Ramadan bazaars, Dr. Firdous Ashiq Awan, Special Assistant to the Chief Minister, Punjab, said that goods were being sold at 25 percent lower prices at the Agricultural Fair Price Shops set up...
Read more

Former rulers are against transparency in elections, Bazdar – IG News

irshadgul099 - May 4, 2021 0
Punjab Chief Minister Usman Bazdar has said that the gang involved in rigging is scared of electronic voting system and that is why they are fleeing. Former rulers are against transparency in elections.In a...
Read more
Load more