According to the details, former fast bowler Shoaib Akhtar held a question and answer session for his fans on Instagram yesterday in which his fans from all over the world asked various questions.

“Who is the best all-rounder in the history of Pakistan?” Asked Shoaib Akhtar, a fan.

Shoaib Akhtar shared a photo of Abdul Razzaq and wrote that “Abdul Razzaq is the best all-rounder in the history of Pakistan.” 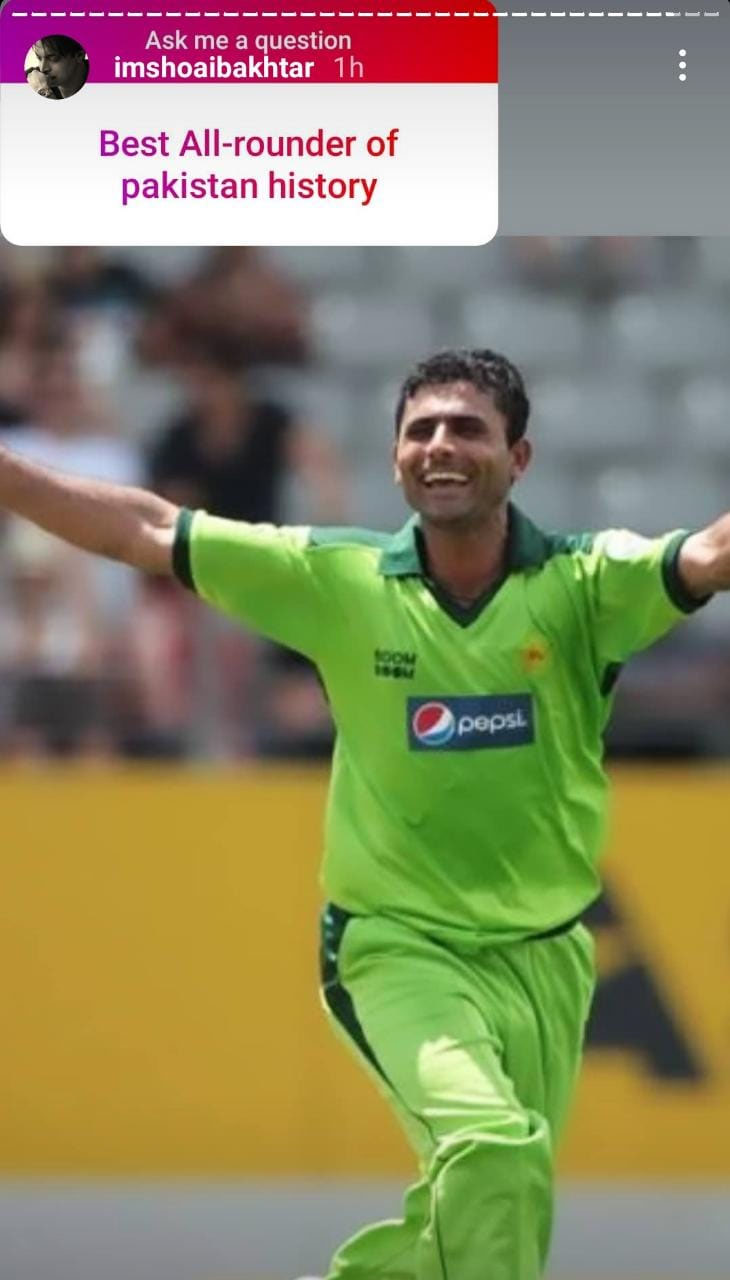 Abdul Razzaq was born in Lahore on December 2, 1979. He started his Test career on November 5, 1999 against Australia in Brisbane and played his last Test match against the West Indies in 2006.

The all-rounder started his ODI career on November 1, 1996 against Zimbabwe in Lahore and last played an ODI on November 18, 2011 against Sri Lanka in Dubai.

It should be noted that Abdul Razzaq is considered as one of the best all-rounders in the world of cricket and he had played an important role in giving victories to Pakistan by performing excellently many times.

Winning the Champions Trophy was a special and memorable moment for all of us, Hassan Ali – IG News

irshadgul099 - June 1, 2021 0
The governing body of cricket, the International Cricket Council (ICC), will hold a board meeting today to discuss a number of issues, including the ICC T20 World Cup. According to media reports,...
Read more

irshadgul099 - April 18, 2021 0
Pakistan also defeated South Africa in the T20 series after the ODIs.Pakistan beat South Africa by 3 wickets in the fourth T20 after an interesting match and won the series 3-1. At one...
Read more
Load more