The passenger who reached Islamabad from Karachi was overjoyed when the lost luggage was found.

According to details, a Civil Aviation Authority (CAA) employee at Islamabad International Airport set an excellent example of duty and delivered the lost luggage to the passenger.

Lost luggage of a passenger arriving in Islamabad from Karachi was recovered. The passenger’s wallet contained more than 9,000 Canadian dollars and valuable documents. 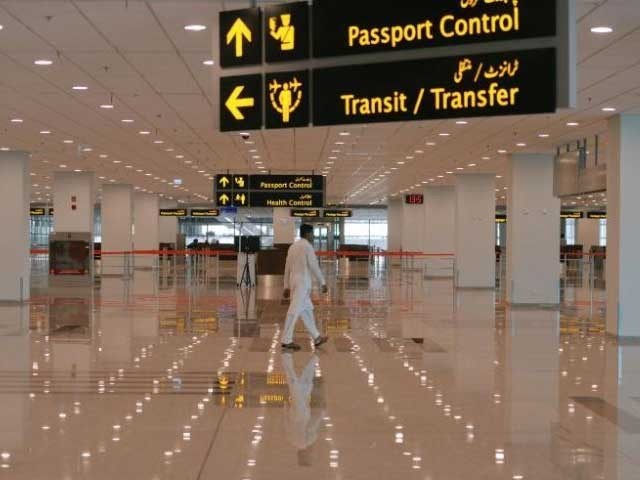 The passenger arrived in Islamabad on National Airline (PIA) flight PK308. The passenger’s wallet had fallen into the lounge. The CAA vigilance team picked up the wallet and submitted it to the DTM office.

The passenger appreciated the duty of the civil aviation staff and thanked the company.

In the Dasu incident, the bodies of Chinese residents were taken to the airport – IG News

If the vaccine is not given within a week, the SIM will be blocked, it was decided – IG News

One day Kashmiris will decide their own future: PM – IG News

More than 28,000 corona vaccines were lost in Sindh – IG News

Corona virus out of control again during Eid – IG News

The girl committed suicide, injuring a civilian for resisting the robbery – IG News

On the third day of Eid, the process of lifting alaishis continues in Karachi – IG News

Every citizen of Azad Kashmir will protect the vote, Maryam Aurangzeb – IG News

It hurts to hear what will happen, Khadija Siddiqui – IG News

Ban on corrupt people in UK, praise of Farrukh Habib –...

Condemnation of Shahbaz Sharif’s hatred of women and negative attitude towards...

Young man commits suicide after not getting Rs 5,000 for Eid ...

To fight or to make peace? The decision will be...

Get vaccinated within a week or else SIM block – IG...

Kashmir will become Pakistan’s slogan is going to be put into...

The Prime Minister is personally looking into the case, Shahbaz Gul...

One day Kashmiris will decide their own future: PM – IG...