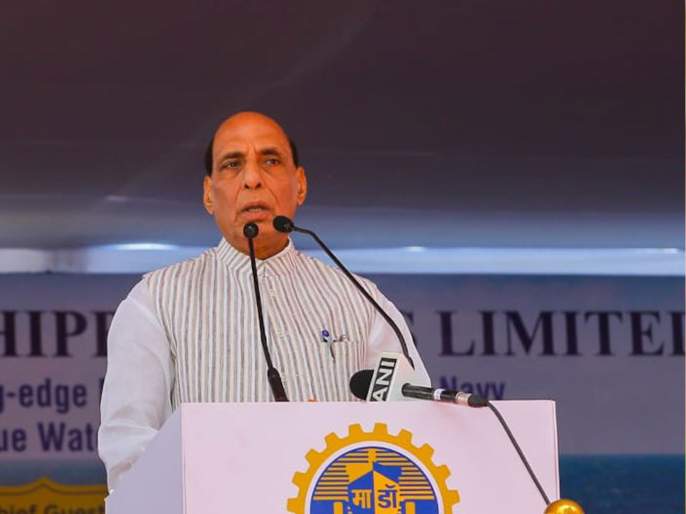 Mumbai: The Indian warships Udayagiri and Surat, built at the Mazgaon dockyard, will be counted among the world’s most advanced missile warships. These indigenously built warships have proved India’s capability in the field of shipbuilding. In the near future, India will also build ships for the world, said Union Defense Minister Rajnath Singh on Tuesday.

The warships Surat, Vinashika and Udayagiri, built by Mazgaon Shipbuilders Limited for the Indian Navy, were launched on Tuesday in the presence of Defense Minister Rajnath Singh. Singh was accompanied by Indian Navy Chief Admiral R. Hari Kumar, MDL’s Chief Managing Director Narayan Prasad, Leader of Opposition in the Legislative Assembly Devendra Fadnavis, Min. Arvind Sawant, b. Ashish Shelar, Yamini Jadhav along with senior officers of Navy and MDL were present. This was the first time that two warships were launched at the same time.

Singh said global security, borderism and maritime domination have necessitated the modernization of the military around the world. Global contexts are changing rapidly. If economic and strategic interests are to be maintained even at a distance from the mainland of the country, then even in such a remote area, it is necessary to demonstrate defense prowess and strength. The role of Indian Navy will be important in this. With that in view, modernization of the Navy is underway and we are on our way to self-reliance, he added.

The Defense Minister reiterated the strength of the Indian Navy in the Indo-Pacific region. This sector is of paramount importance in world trade. It accounts for two-thirds of the world’s oil exports, one-third of its freight and half of its container shipments. So this area should be safe and open. Rajnath Singh indirectly hinted to China that the Indian Navy would definitely play its role in ensuring that the country operates in accordance with global norms.

Singh said that 90 per cent of the naval arsenal has been domesticated, adding that two-thirds of the expenditure incurred for modernization of the navy in the last five financial years has been made for indigenous areas. Of the 41 warships and submarines ordered by the navy, 39 are indigenous, he said.

The price of petroleum products is likely to increase by...

Kirstie Allsopp swallowed an AirPod with her vitamin pills – 19 reactions worth popping ...

Attend meetings and pilgrimages to make sure you have been vaccinated against coronavirus: Federal...