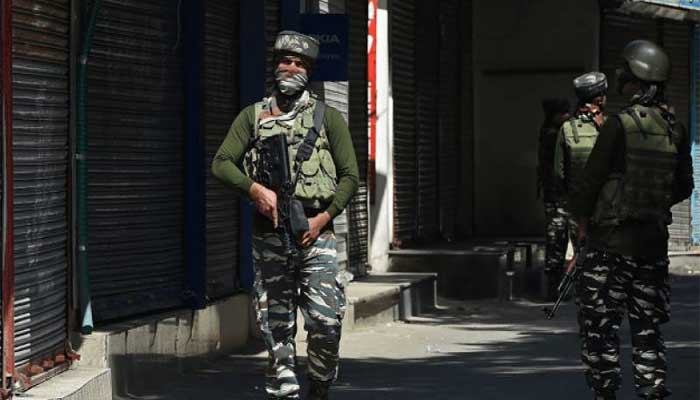 Kashmiri youth were martyred under the guise of siege and search operation.

According to the locals, the Indian army had arrested the two Kashmiris a few days ago and martyred them today in a fake encounter.

Indian army also destroyed a house under the guise of siege.