Indian Railway: These are the top 10 best railways in the world.. Do you know where our place is.. | Top 10 Best Railway In World, know the position of the Indian Railway system IG News 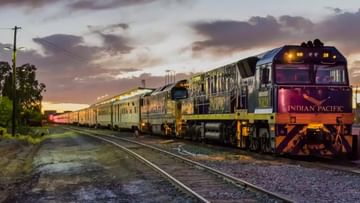 Top 10 Best Railways In World: While India ranks fourth in terms of railway network in the world, India ranks seventh in terms of size. It is a great achievement for India to reach here with such a large population.

The railway system you see today.. when it started, train coaches were pulled by horses. The same train has become the backbone of world progress today. A mining engineer, Reynolds built the first railroad in 1767 with iron rails. Jessob of England designed the model currently in use. Railways came at a time when there was a dire need for transportation facilities to transport goods quickly and safely, and for people to travel from one place to another. The railways were created in the background of common people’s concern as to why traveling by horse, cart or other own vehicles should be restricted to the rich.

People’s way of life, social evolution, production of goods and needs have made intellectuals think in new ways. So it was a coincidence that both the railway and the steam engine matured at about the same time, and for the first time in England, which achieved the greatest social and economic success in the world in the shortest period of time, the two came together. Today we will know which country is in which position in terms of the same rail network.

3. Russia- Russia It is the largest country in the world by area but ranks third with 85,600 km of railway network. There are two reasons for this – the first is the population density and the second is Russia’s extremely cold climate.

4. India- While India ranks fourth in terms of rail network in the world, India ranks seventh in terms of volume. It is a great achievement for India to reach this point with such a large population. Indian Railway network is 70,225 km. Track length is 1,26,366 km. About 71% of the routes are electrified.

Indian Railways is one of the busiest railways in the world. It not only handles one crore and sixty lakh passengers every day but also transports another ten lakh metric tonnes of cargo. Indian Railways has set a record as the organization having the largest number of employees in the world, i.e. about sixteen lakh employees.

5. Canada- Canada ranks fifth in the world with 49,422 km of railway network. The important thing to tell you here is that in Canada, railways are completely private, mostly used for freight transport.

7. Argentina- Argentina ranks seventh in the world with approximately 47,000 km of rail network. But this South American country operates the largest rail network in its subcontinent.

8. Australia- In Australia Railway network plays a very important role in terms of transportation. Most of the railways here are under the government. Australia’s railway network is 33,270 km. But only a fraction of it is electrified.

10. France- France ranks 10th in the world in terms of rail network. The maximum utilization of railways here is in the form of passenger trains. The special feature of the railway that attracts the people here is the speed of the trains here.

Check out the latest news highlights